The Well Review: an arts journal springs up in Cork

Named after Sunday’s Well, a new poetry and arts journal launching at Cork International Poetry Festival aspires to reflect its creators’ mix of wanderlust and love of the local 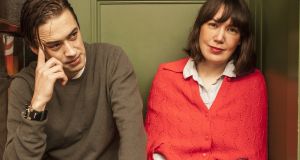 The Well Review is a new poetry and arts journal named after the Sunday’s Well neighbourhood in Cork City. The eponymous well on Sunday’s Well Road is filled in and marked by a plaque, and the journal is our attempt to poke around its draughts and drafts, to imagine what we cannot experience first-hand. The neighbourhood has many avenues and within them you may encounter Cork City Gaol, a former Magdalene Laundry and the partially derelict Our Lady’s Hospital on the adjacent Lee Road – it’s hard to find another neighbourhood in Cork where so much has happened in such a small physical space.

We wanted to create something that reflected our own mixture of wanderlust and love of Cork, a condition which afflicts many people living in this city. We are interested in seeing the journal travel: The Well Review will be stocked in bookshops in Ireland, England, France, Germany, Spain, the US and we hope to make the journal available in many more countries.

Our debut issue is published this month and brings together authors and artists from 10 countries. Issue One is very much the product of the difficult year that was 2016, and the poetry and artwork it contains seem even more relevant to us than when we first selected them last autumn. We will have a regular featured poet slot, which will involve publishing five or six poems of the selected poet. John Burnside is the featured poet in our inaugural issue. We have also included an interview with the Syrian poet Maram al- Masri, whom we met in Paris last November. We spoke with Maram about the challenges faced by writers responding directly to conflict in their work. The issue features poems by leading US-based poets Ellen Bass, Ishion Hutchinson, Kaveh Akbar, Nick Laird, Matthew Dickman and Maggie Smith. Both Bass’s and Smith’s poems frequently resonate with contemporary events and we first discovered Smith’s work Good Bones, a poem which found nearly a million readers via social media in 2016.

The work of Irish poets also features strongly, including that of Ireland Professor of Poetry Eiléan Ní Chuilleanáin, Doireann Ní Ghríofa and Ciarán O’Rourke. The journal will also carry translations by Theo Dorgan and Keith Payne.

The Well Review will be launched at the Cork International Poetry Festival 2017 and we feel grateful to be launching the journal at this event as we’ve attended the festival for many years, and it feels right to start the journal’s travels there. Issue One contributors such as Maram al-Masri, Theo Dorgan and Matthew Dickman, who are also appearing at the festival, will read at our launch, as will Cork-based writers Cal Doyle, Gerry Murphy, Mary Noonan and Martín Veiga.

As well as offering different cultural and individual perspectives, the contributors range in age from mid-twenties to mid-sixties, and many of them work across different disciplines. Sonia Agüera Gonzalez is an immunologist working in cancer research and also an illustrator. Pádraig Spillane, our featured visual artist, was inspired by an Edmund Burke quotation when creating the portfolio that features in the journal. In Issue Two, we’ll be including an essay by a geneticist who writes poetry and is inspired by the drosophila cells he works on.

In terms of our motivation for starting the journal, we are equally passionate about Irish literature and arts and their international counterparts. I first returned to poetry after school by reading writers in translation like Paul Celan and Nina Cassian, and their work allowed me to access subjects such as war through a different medium. Similarly, Christian is an avid reader of Japanese writers like Haruki Murakami and Yukio Mishima, and our consultant editor, Mary-Jane Holmes, is currently translating an Argentinian poet called Alfonsina Storni. The readership of writers in translation is growing in Ireland, and this is resonating in the work of contemporary Irish poets.

We are developing events and projects with patrons such as The Farmgate Café in the English Market and the Cork City Gaol. We hold an open call for submissions for each issue and we’re dedicated to showcasing the best work from both emerging and established writers. We also hope to deliver workshops in different settings such as prisons and hospitals and create pamphlets that record the work created in these environments, as well as including some of it in our future issues.

You can subscribe to The Well Review on our website or purchase individual issues from the stockists listed there. The Well Review team is: Sarah Byrne (editor), Christian Carley (designer) and Mary-Jane Holmes (consultant editor). The journal will be launched on Thursday, February 16th at 5pm in the Cork City Library. thewellreview.com