Review: Bee Wilson believes our relationship with food has changed for the worse 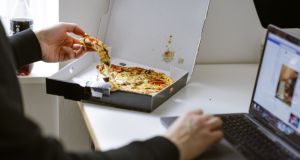 Diversity in our diet and food culture is dying. Photograph: Getty Images

Book Title:
The Way we Eat Not, Strategies for Eating in a World of Change

Food has become strange, intense, hysterical and maybe even slightly unhinged if 60 seconds of a mukbang video is anything to go by. Mukbang is the South Korean internet phenomenon typically involving “a slender woman eating unfeasible quantities of fast-food”, while chatting to a video camera. It’s just one of the nuggets of food weirdness from around the world brought to you in Bee Wilson’s seriously thought-provoking book.

The Way We Eat Now, Strategies for Eating in a World of Change is the British food writer’s sixth book, and her most ambitious. Wilson starts with Barry Popkin, a Wisconsin-born professor in his 70s who grew up drinking only tap water and milk, and “made it his life’s mission to study the reasons why our patterns of eating and drinking are so different from those of the past”.

Popkin coined the phrase “nutrition transition” after living in India in the 1960s for a year where he saw the effect on diet when a country moves from poverty to riches. Prosperity means eating more oil (a staggering slick of it), meat, sugar and snacks and fewer wholegrains and pulses. “Wherever this diet was adopted, Popkin noticed, it brought with it easier lives as well as a host of diseases.”

Wilson deftly sketches four stages of the human diet. Stage one was the hunter-gatherer stage of wild plants and wild meat. Then came agriculture and a move to grains. Stage three involved a bigger variety of vegetables and preserved and pickled foods. We are in stage four now, a bafflingly abundant time for many of the world’s population, but also weirdly homogenous when multiple traditional diets have been boiled down to what Wilson describes as “a single modern one”. Of the 7,000 edible crops, she writes, 95 per cent of what the world eats today comes from 30 of them. Diversity in our diet and food culture is dying. There are 109 words in Icelandic to describe the muscles in a cod’s head, she says. “Much of the food of Iceland is now the food of everywhere.”

Wilson is not snobbish about the delights of fast-food, the pleasures of a Big Mac over a piece of dried cod head (once slathered in butter like bread when Icelanders grew no grain for bread). She doesn’t judge the individuals who consume the junk, but the corporations and governments who allow sugary drinks and snacks to march into the world’s smallest, most remote villages.

It has happened incredibly quickly, the leaps reminiscent of technology both in their speed and the handful of giant corporations controlling the behaviour of billions. “Only in modern times,” Wilson writes in one of her many brilliant passages, “could a person buy a stackable carton of fried crisps made from a slurry of dried potatoes and wheat starch seasoned with barbecue flavouring and sit on a sofa eating them not for celebration, not even out of hunger, but just out of a mild feeling of restless boredom. Only in stage four could another person – in the same mildly bored state – be eating exactly the same crisps at the exact same moment on another sofa somewhere halfway across the world.”

In the global village stacked with crap food choices the impact of technology, time poverty and loneliness is threaded through The Way We Eat Now. Wilson cites a study of Japanese men in the United States, whose increased risk of heart disease was not linked just to an unhealthy diet. Those who were most at risk “had certain behaviour patterns characterised by individualism, impatience and a desperate sense of urgency about time, all qualities that American society strongly promoted.”

Wilson deftly moves from the big picture to her own relationship with food. An eating disorder saw her publicly eating “small pinched amounts of things” like iceberg lettuce with dry chicken but behind closed doors she “comfort ate as if my life depended on it. One of the things I was comforting myself for was my distress at being overweight.”

She paints a picture of the staggering inequality where a Deliveroo biker can get a single chocolate crepe to the desk of a city trader on a whim while thousands of families in the same city are forced to use food banks. She is scathing about superfoods and clean eating, and less so about food substitutes like Soylent, although her experiment with five days lunching on Huel (the British version named from a mash up of “human” and “fuel”) sounds beyond depressing. “The way we grasp at novelties as the solutions to our diet ills, while neglecting the basics, feels somewhat unmoored and manic. This the behaviour of a generation who have lived through so many changes to our diets that we sometimes seem to have forgotten what food actually is.”

She ends with advice to eat from old plates (they’re smaller) and other tips to transition to a hoped-for fifth stage when we can enjoy the plenty, learn to love and cook what’s good for us and escape from the demands of phone and computer “to smell the pungent rasp of garlic against a blade, to watch as halloumi cheese takes on a brown rubbery crust, to feel the waxy rubble of chopped pistachios under your knife”.

Wilson is hopeful for a future where the arc bends back in a healthier direction. For this reader the glaring gap in the book is the question of whether humans can get to that utopian stage five before the plenty is reversed by climate change, much of it caused by vast food systems marching across the globe. Wilson has stories of hope from Chile and Amsterdam where political action has had positive effects on public health. Collective human action is needed to bend the arc. “The consolation of eating in these strange times,” she says is “the best of it is better than anything that came before and the worst of it won’t stay the same forever”.