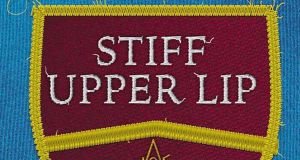 The British elite ritually sends its children away, very young, withdraws love and security, in order to educate them, “for the cause of future privilege”. It seems extraordinary that parents who were themselves very unhappy at school continued, through the generations, to send their children to the same schools. Alex Renton’s psychological hypothesis for this is “normalisation”; they decide that it had been good for them after all or that their parents knew best. He was himself sexually abused by a teacher in a boarding prep school.

When he wrote about it in the Observer in 2014, some 800 people contacted him about their own unhappy experiences as boarders. He combines these stories of “children abandoned by their families into the care of strangers astonishingly early” with his own personal recollections and research into the history of public schools. The appalling practice of “fagging” is well defined as a “system of licensed bullying and exploitation”. But parents think their money is well spent if their children meet “the right people”. A sobering – indeed shocking – read.

Terry Jones, Monty Python star, dies at the age of 77
3