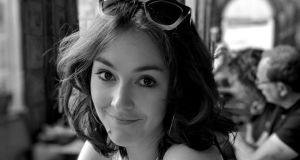 Julia Armfield uses contrasts between content and tone in her writing.

Towards the end of one story in Julia Armfield’s debut collection, a woman begins to make sense of her dead girlfriend’s return. “The surface of the world is thinner in certain places,” she says, “. . . these places are where the strange, true things escape.”

It’s a moment of clarity, of self-acceptance, but it’s telling for other reasons too. Armfield’s fictions are set on these thinner surfaces, unstable places where boundaries – between humans and animals, wakefulness and sleep, land and sea – are prone to weaken or disappear.

Grounded in the everyday, the stories borrow from myth and Gothic literature, their familiarity upended by elements of the uncanny and macabre. Bodies are sites of transformation; they can metamorphose, turn to stone or rise from the dead with tendons exposed and skin coming away from the bone.

The decomposing girlfriend in Cassandra After is one of the collection’s most visceral symbols. The narrator has not made peace with her sexuality and changes the subject whenever uncomfortable feelings arise, but the dead woman – a brilliant personification of shame – is unperturbed by the state of her body and the narrative tone is also matter-of-fact, full of deadpan wit.

“The issue, of course, was that she had been buried and now she wasn’t, although this could be said to be the case for a lot of things.’

This contrast between tone and content is characteristic of Armfield who pays as much attention to her sentences as she does to her plots, shifting or consolidating meaning with the use of a single word. Her writing is impeccably honed, full of juxtapositions and qualifications that help to create a creeping sense of unease.

'Sometimes at night he takes his apple knife to the delicate membrane between her toes, but they don’t talk about that either'

Tapping into the darkness of the contemporary world, she brings to mind other young British writers like Sophie Mackintosh but her fantasies have a precision and surreality of their own. The Great Awake – a fresh take on alienation and always-on culture, which won the White Review Short Story Prize in 2018 – charts the descent of a city into insomnia when people’s “Sleeps,” silent shadow figures, separate from them. Again, Armfield hits on the perfect metaphor and the story’s absurdity is beautifully underplayed.

She is similarly restrained as she describes a young woman becoming an insect, another becoming a wolf. Linked to sexual awakening, the metamorphoses in Mantis and Formerly Feral are accompanied by predatory instincts. Women have animal as well as human natures here; they can be difficult and vengeful and across the collection the male body count is high.

Nowhere more so than in Stop your women’s ears with wax, which goes on the road with a girl band of elusive, birdlike creatures that inspire murder in their ardent female fans.

Some of the stories assume extra clarity when examined in reverse, as though they’re negatives in photography – think of all the fiction, films and TV series with a high female body count. Like in Angela Carter’s classic The Bloody Chamber, Salt Slow’s playfulness often comes from how it subverts what it borrows.

Certain characters are archetypes and on one level the violence is symbolic, nevertheless its cumulative effect can be depressing, like a repetitive closing down, and while Armfield’s imagination is supple enough to allow for all kinds of transmogrifications, gender in the collection is mainly fixed.

Which is not to say that she doesn’t write nuanced man/woman relationships. The stunning title story tracks a couple’s struggle for survival in a drowned world. Literally and metaphorically adrift, they can barely sit next to each other in case their boat topples. Bloated birds fly above them, oversized creatures swim below. The woman is pregnant and her feet are growing webbed.

“Sometimes at night he takes his apple knife to the delicate membrane between her toes, but they don’t talk about that either.”

A portrait of broken love and a morality tale about environmental catastrophe, the story is shot through with muted tenderness and painful memories of normality – electric light, frozen peas, shampoo.

The title comes from the Dylan Thomas radio play Under Milk Wood and the prose is more elegiac than elsewhere, capturing the dissolution of conventional time and the dreamlike existence of the couple as well as the magnitude of what has been lost.

The transformations in Armfield’s stories tend to seem inevitable and while this is also true here, the story culminates on an ambivalent note – any hope is conditional and brutally hard-won. It’s a fitting ending to a bold and timely collection that skews unpalatable truths in order to see them afresh.