Rosie: Scenes from a Vanished Life by Rose Tremain: a beautifully crafted memoir 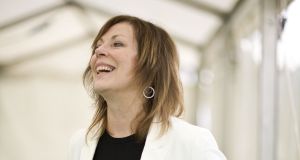 Rose Tremain: at 18 she rebelled against her mother and enrolled at the Sorbonne. Photograph: David Levenson/Getty Images

In seems apt that Rose Tremain, who has published novels with music as their focus (Music and Silence, The Gustav Sonata) should begin her own memoir thus: “I can remember this: lying in my pram and looking up at a white sky. Across the sky, some lines are drawn, like musical staves. Fluttering shapes arrive and land on the staves: birds on telegraph wires”. Her mother, Jane, repudiates the lyricism of this memory, admonishing Tremain in a manner we soon learn is typical of her less than indulgent parenting: “Don’t be silly. You invented that stuff”.

Rosie: Scenes from a Vanished Life is the story of how Rosemary ‘Rosie’ Thomson, a clever upper-middle-class girl boarding-schooled in the 1950s, denied the opportunity of “silly” university and instead sent to “finishing” school in France at the dawn of the 1960s, became Rose Tremain, inventor of “stuff” and now a multiple award-winning novelist and short-story writer.

“All experience is an enrichment rather than an impoverishment, ” claims Eudora Welty in One Writer’s Beginnings. Tremain certainly had enough emotional impoverishment: the second daughter (her sister, Jo, being four years older) of an arid marriage between Viola (known as Jane) Dudley and Keith Thomson, an unsuccessful playwright who left the family when Rosie was 10. Tremain seems to have been starved of love in early life. She credits her and Jo’s nanny, Vera Sturt (‘Nan’) with filling some of the emotional gaps. Losing this stalwart when she and Jo were packed off to boarding school on her mother’s swift remarriage was an unforgettable wrench, clearly still raw today.

Home or not home

Writers often pride them selves on their ability to recollect, although all memory is subjective. Similarly, writers amass impressions and information; sift through, discard much, keep some. They are the selective editors of their own constructions, and Tremain is no different. The opening passages of her memoir contain reminiscences of her maternal grandparents’ manor house, Linkenholt in Hampshire, where Jo, Rosie, and their cousins spent their holidays, all lovingly recreated on the page: “all through my childhood, I longed for it – for the moment of walking through its heavy front door and breathing its familiar perfume. What was that perfume? A composite of beeswax furniture polish, Brasso, French cigarettes and dogs. It was the smell of home.” Tellingly, in the following paragraph: “It wasn’t my home”.

The account of the family at Linkenholt gives some explanation of Jane Thomson’s ambivalence as a mother – she was an only daughter, both of her brothers had died young, one from a burst appendix, the other in the second World War. Jane was banished to boarding school at the age of six. After her brother Michael’s death, her parents shut themselves down, even the presence of grandchildren was unable to penetrate their mourning. Yet this does not appear to trouble Rosie, who by then must have become accustomed to the lack of affection from her relatives: “We loved Linkenholt, not them. They were rich and they had created a beautiful world around themselves, and that world was all to us”. Certainly it provided a contrast to their everyday life in “dark, post-war London ... smog-bound, constrained and confined”.

The Thomson family lived in relative wealth in Chelsea, however, a life of expensive education and nursery bliss with Jane socialising and shopping, and Keith – before he absconded – away touring one of his failed projects. Tremain tries very hard to understand her parents, if not absolve them – particularly her mother. Some of their chilliness and remoteness comes through in her measured prose: the book reeks of repression but also perception. Her parents’ generation was blighted by war, their offspring left to sink or swim.

This is Tremain’s first work of non-fiction and it reads very much like a novel. The years at boarding school, described as the “Great Casting Off”, where teenage girls hungry for nourishment of any kind off-loaded their misery into vast dramatic and artistic projects, engaging in crushes on their equally frustrated teachers, has shades of Antonia White’s classic Frost in May. Tremain writes of “vacant, exhausting nights”, the genteel “knitting hour” in a crowded drawingroom soon overtaken by the pungent reality of a horde of adolescent girls: “unwashed armpits, dirty hair and menstrual blood”.

Oxford beckons, but Rosie is thwarted once more by Jane, who shudders at the idea of having a “bluestocking” for a daughter, and so , obedient and furious, trudges off to Switzerland to be “finished” and prepared for little more than a role as a secretary until marriage. At 18 she rebels and defies Jane to enrol at the Sorbonne. Tremain did not publish her first fiction until she was 33 – this disquieting, beautifully crafted memoir shows that she was in training to be a writer from the start.