Review: Eileen Gray: Her Work and Her World, by Jennifer Goff 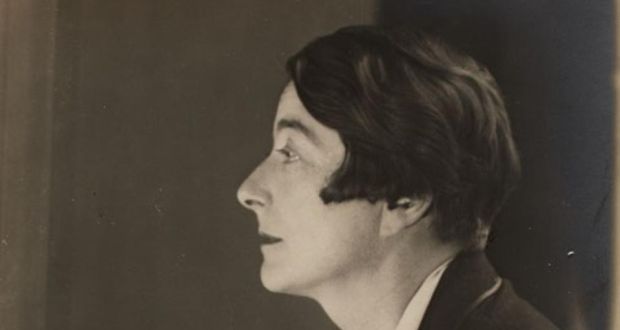 Book Title:
Eileen Gray: Her Work and Her World

One could be forgiven for thinking, Not another book to add to the bibliography of required reading on Eileen Gray. But Eileen Gray, Her Work and Her World, by Dr Jennifer Goff, is an important and long-overdue revision of what has passed for definitive research on Gray in recent years. And the author, I hope, will continue to carve out her exceptional career at the forefront of the campaign to recognise Gray’s phenomenal influence on a century of modern design and architecture.

Making rigorous use of her access to Gray’s personal ephemera, in her capacity as curator of the Eileen Gray archive at the National Museum of Ireland, Goff has applied an instinct for her subject’s character to piecing together the personal influences that inspired Gray’s development as an artist. I was extremely grateful to have had access to the PhD thesis and underlying research from which this book is redacted when researching the Eileen Gray Project films; this review can only confirm its comprehensively superior reach.

Goff takes on the task of unfolding for the reader Gray’s life’s work within the context of a deep understanding of the world in which Gray emerged as an artist – not an easy task given that Gray, a deeply private person, destroyed many of her personal papers. As a comprehensive compendium at last of the who, what and where of the life that informed the oeuvre, the book stops just short of presenting a full-on catalogue raisonne.

Many of us have read anecdotal accounts of the highlights of Gray’s career: her heyday in Paris, her bisexuality, the recent record-breaking auction prices for her early lacquerwork, and Le Corbusier’s life-long rivalry with her over attribution of the authorship of her most abiding architectural work, the e1027 villa, at Roquebrune Cap Martin, in southern France. These are all explored in the context of an almost archaeological exploration of the ephemera of an artist who has often been described as reclusive or, at best, elusive.

Over the course of a long life – she was born in Enniscorthy, Co Wexford, in 1878, and buried at Père Lachaise cemetery, in Paris, in 1976 – Gray witnessed phenomenal social, philosophical and technological advances in art and design. The vast scope, evolution and longevity of her career as an easel artist, sculptor, lacquer artist, furniture designer, carpet designer, interior designer, architect, landscape artist, photographer and collage/relief artist – she even designed a ballet for children – were the result of immense study, craft and endeavour.

That so little of the original artwork remains, and that so few of her 100-plus architectural projects were realised in her lifetime, says much about the lot of female artists emerging from the 19th and 20th centuries. Plagued by doubt and, in later years, her confidence undone by decades of lack of recognition, Gray herself culled a sizeable proportion of her work, destroying in particular many of her early art.

Conscientiously tracking the writers, painters, philosophers, designers and architects of influence with whom Gray interacted during her lifetime, Goff finds invaluable clues to the inspirations for her work, the movements to which she adhered and the evolution of her theses as a modern artist and designer.

Roll-call of the famous

Had Gray been interested in self-promotion the roll-call of friends and acquaintances with whom she interacted would have formed a who’s who of early-20th-century art, literature, philosophy, architecture and design. And that’s not to mention the fashionable clientele she counted as friends, collaborators and, in some instances, lovers.

Gray first encountered Gerald Kelly and Paul Henry at art school in Paris, and she established a lifelong friendship with Stephen Haweis. Their correspondence elucidates a great deal and confirms Gray’s circles of influence beginning at the tail end of the aesthetic movement, through the short-lived fauves and into art nouveau.

She came to know Jean Cocteau and many of the cubists: Picasso, Braque, Metzinger, Leger and Duchamp, as well as Gleizes and Miró. She spent time with Rodin. Modigliani, Orloff and Joseph Csaky were friends. Ossip Zadkine exhibited at her Paris “shop”, Galerie Jean Désert.

She studied native African culture and was a fan of her South American contemporaries, meeting with Diego Rivera and Frida Kahlo in 1934 on a trip to Mexico with Jean Badovici. Their influences clearly emerge in Gray’s lacquerwork, geometric carpet designs and spatial development, and they evolve with her use of the fourth dimension in technical drawing.

“There was a remarkable link between the avant-garde artists, sculptors and writers of the pre-war period,” writes Goff. Gray was an avid collector of her contemporaries’ catalogues, clippings and manifestos, and Goff has dared, armed with these papers, to decipher the detail of the symbolic coded references in Gray’s work.

“Throughout her career Gray had composed a visual photographic anthology of her furniture, interiors and her architecture comprising 1,070 images”, as well as photographic images of her own art and sculpture work. Sadly, few known examples of her art and sculpture work survive, but archive sketches – croquis – confirm that the work was significant.

After the first World War Gray was part of the movement that “elevated the status of the designer to that of artist and she embraced the liberal social philosophy which believed that one could produce low-cost affordable furniture and for the masses”.

The Dutch de stijl movement and, to an extent, Mondrian’s neoplasticism mark a political turning point in the purpose of Gray’s work across all mediums, driving her beyond “decorative art” into a world of design that was distinct, individual, innovative, thoroughly modern and ahead of its time.

Gray had come a long way from her Chinese lacquerwork tutelage under Dean Charles of London, following which she perfected and invented fine-art skills in the Japanese tradition. These pieces warrant the record prices they now achieve at auction.

It is perhaps her interaction with Le Corbusier that has given rise to the most controversy around Gray’s achievements. Her eventual conviction that “architecture must be its own decoration”, callously attacked by Le Corbusier’s accusatory wall murals painted at the invitation of her lover, Jean Badovici, is an anecdote that Goff clearly contextualises in all its nuances.

Making a compelling case for the importance of Gray’s contribution to the canon of a century of art, design and architecture, Goff’s chapter on her domestic architecture reveals important new research that underlines how right it is to call Gray’s e1027 villa – one of the most important pieces of 20th-century architecture – a masterpiece.

Far from being merely an addition to the literature on Gray, Goff’s book has raised the bar and at last provided a long-overdue revision of the life and work of Eileen Gray. Extensively illustrated, the book is as much a must-have addition to any coffee-table collection as a definitive biography. Roll on the catalogue raisonne, Dr Goff.

Mary McGuckian’s film on Eileen Gray, The Price of Desire, will be screened at Jameson Dublin International Film Festival; jdiff.com