Priestdaddy review: a daughter’s memoir of her priest father 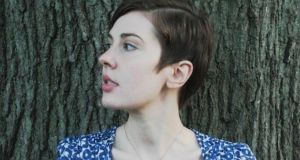 Patricia Lockwood: Her father, a Lutheran pastor turned Roman Catholic priest, adored guns, dragging his family to shooting ranges; if he didn’t like someone, he cleaned his guns in front of them.

“My father despises cats. He considers them to be little mean Hillary Clintons covered all over in feminist leg fur”. So poet Patricia Lockwood notes of her father in Priestdaddy. He is “an oddity, an impossibility, a contradiction in terms, Catholic priests, by definition, aren’t allowed to be married”.

A “smirking teenage atheist” in his youth, her father embraces faith after a viewing of The Exorcist, a film he is obsessed with, and which he later encourages his children to watch.

His zealotry leads him to become a Lutheran pastor, but he soon tires of “grape juice” and opts for the “wine” of Catholicism. He receives a dispensation to be a married priest from none other than Cardinal Ratzinger, later Pope Benedict, wonderfully described as “an enigma in fine elfin shoes wandering through private gardens”.

Patricia’s father is an extreme right-wing Republican, blasting Rush Limbaugh on the radio and Bill O’Reilly on the television. Macho to the bone, his heroes are “John Wayne, Clint Eastwood, and huge hairy Samson from the Bible”. He “fervently believes Star Wars is about priests in space” and teaches his children to swim by throwing them into the deep end of the pool. He adores guns, dragging his family to shooting ranges; if he doesn’t like someone he cleans guns in front of them.

Patricia leaves home when she marries her lover, Jason, after a long-distance email relationship founded on a mutual love of poetry. Together they voyage into the heartlands of America, visiting a “Creation Museum” full of apelike mannequins of Methuselah and Moses interacting with the noble triceratops, and seeing “Live Free or Die” licence plates everywhere.

They finally settle in Savannah, Georgia, where Patricia immerses herself in the Southern Gothic literature of Conrad Aiken, Edna St Vincent Millay and Flannery O’Connor. She writes poems about “gender, animal puberty, bizarre fetishes and the Midwest” and “mermaids losing their virginity to Jesus”.

When Jason begins to go blind from a rare cataract condition, and Patricia finds herself in dire financial straits, they decide to live with her parents. She is a prodigal daughter – “I have been tending the pigs of liberalism, agnosticism, poetry, fornication, cussing, salad-eating and wanting to visit Europe.”

She finds herself back in a town bedecked with US and Marine Corps flags, listening to her father declaring that even dogs “are convinced of the need for a fence between the United States and Mexico”. She and Jason also find themselves sharing house space with The Seminarian (who is never named), with whom she has chats about the sexual kinks of “feeders”, “furries” and “milfs”.

At times the narrative takes on a distinctly surreal Father Ted aspect, with priests buying their garments from a Sacred Catalogue and discussing the latest fashion in chalices.

Lockwood inevitably – as one must in a memoir about priests – addresses the issue of clerical abuse. Her family is invited to a banquet hosted by a local bishop, replete with silly speeches about how “Jesus is a football that all of us can carry down the field for the win”, and debates about how to incorporate Cher and the Power Rangers into sermons.

She flawlessly shifts register from the comic to the deadly serious, informing us that the same bishop – Robert Finn – was charged in 2012 with refusing to report child abuse. She damns “the compassion in the face, that flowed towards the sinner, and never the sinned-against”.

Still, Priestdaddy is far from a takedown of “deplorables”. Lockwood cuts through her father’s “high theatre” and reveals his hard-working decency. “My father comes home from work and he is exhausted. He winces as he walks on his knee replacements . . . a distressing sound of pure suffering,” she writes.

She also writes tenderly of her mother, who “lights like the first streetlamp when she looks on us”, and with whom she discusses the “pun lightning” of poetry – “that jolt of connection when the language turns itself inside out”.