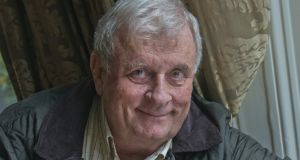 For once the jacket blurb does say it all: “Edmund White tells such a good story that I’m ready to listen to anything he wants to talk about,” someone once wrote in the New York Times Book Review. It is true. White is a witty, knowing communicator whose gift is creating sharp, lively and candid narratives conveying much of the pain and fear not only of the gay community but of humanity at large. His theme is the emergence of a modern plague, Aids. Few polemicists make their case as powerfully, or with such conversational ease, unsentimental compassion and elegance of style.

Since the beginning of his career, which was quickly consolidated with his third novel, the autobiographical A Boy’s Own Story (1982), and its sequel, The Beautiful Room is Empty (1988), he has explored his world and the specific, often harsh rules by which his sexuality is expressed. Aside from being a chronicler, he also brought gay fiction out of a marginalised ghetto and into mainstream literature. With The Farewell Symphony (1997), he effectively wrote a history of the Aids epidemic which is also a moving lament. The Married Man (2000) is a powerful love story which ends in a desert pilgrimage. Few writers are as insistent and as beguiling.

Our Young Man is different: White has set out to invent a story which takes place within the world of modelling and also makes use of the specific language of that world. The meat-market fantasies of modelling are cleverly juxtaposed with those of sexual desire.

It all hangs on Guy, a very tall, very thin liar, a French male model, whose rise and subsequent stagnation rest on his enduringly youthful beauty. Born into a humble provincial family in Clermont-Ferrand, “a big, dead, dreary industrial city in the heart of France, lava-black, cold in winter and suffocatingly hot in summer”, he had been discovered when accompanying a girl he knew to a session with a professional photographer. The girl had no hope of ever becoming a model, but the man taking her expensive pictures for her doomed portfolio ended up taking as many of Guy – and for free. The rest, one might be tempted to say, is history. It is, in a way.

From the outset, White gambles everything on a central character who is vain and selfish, yet also instinctive, loyal and curiously vulnerable. If the shadow of Oscar Wilde’s Dorian Gray appears to stalk the story, he never overpowers it. White’s fatalism is far less sinister. Guy is both similar and very different as he, somehow, for all his worldliness, never quite loses his innocence. White has not set out to write his version of that great Victorian novel, yet if he had, he couldn’t have done a better job.

At a defining moment in another, very famous, Parisian cafe, Guy attracts the attention of a scouting agent who informs him: “You’re the best-looking man in Paris today.” Offers soon come in and Guy dates “starlets and female models” and, before long, he is able to purchase an art-nouveau apartment.

From the outset, there is an ominous briskness about the telling. White introduces Guy when he has already reached a critical stage in his life: “Although Guy was thirty-five he was still working as a model . . . For so many years he’d been actually young: he’d arrived from Paris to New York in the late 1970s when he was in his late twenties but passed as nineteen.”

Deception is to play a major role in the book, while physical beauty is a theme as it is reduced to “only a way of making money”. New York is the central stage, although White establishes the core of the narrative in a concise flashback to France and Guy’s early years. He also makes effective use throughout of the contrasts between Paris and New York, Europe and the US: his French characters may move to Manhattan, yet they never forget they come from France. Nor do they forgive the Americans for being American.

Guy moves between both countries, cultures and languages, as does the narrative, as White draws on his experience of having spent 16 years in France. Even after long years in the States, Guy finds being in France is easier. “In Paris, Guy felt relieved. He could speak the language with all its nuances and not endlessly play the part of the interesting foreigner . . . He was just another Frenchman. He had lost his primary accomplishment – the ability to speak English (which he spoke better than he understood) – and the oddity of his identity, of being French in America.”

In one of many witty asides, White notes: “The Parisians looked at each other constantly but were more curious about each other’s shoes than their sexual availability.”

Reading this novel is similar to walking a tightrope. White, for all his urbanity, never wants to make it too easy and ensures a reader is suspended between horror and sympathy. It is an interesting place. The characters are bitchy and cruel; calculating and, even at their most camp, shockingly real.

I’ll never be this perfect again

Modelling assignments are events which interfere with his time to pursue his various, and contrasting, relationships. Just as Guy is a magnet for older men, he, in his turn, looks to youth. His courtship with a younger man, one of two very different twins from the Midwest, is queasily funny in its early stages and unexpectedly acquires a convincing profundity. Among Guy’s older admirers is Fred, former husband and father, who stops at nothing money can buy in order to finally acquire a belated and grotesque version of what he thinks is youthful allure. Fred’s tragedy is a cautionary tale in itself.

Guy wants to be faithful and attempts in his way to stand by Fred, his mother back in France, and his volatile lover Andrés, an art history student who ends up in jail on a forgery conviction. In between making hospital and prison visits, he gets tested for Aids and ends up advising an admiring male nurse about a miracle cosmetic.

He could be, should be, a caricature, the male model given to lying about his age and just about everything else, but there is more to him than that: “Guy was good at imagining things from another person’s point of view.” As is Edmund White: wise, intuitive and informed yet again in this work of bizarre charm, he explores intense seriousness with ironic humour and pathos.

Anne Enright: ‘Nuala O’Faolain was an impossible person, to whom we owe so much’
5