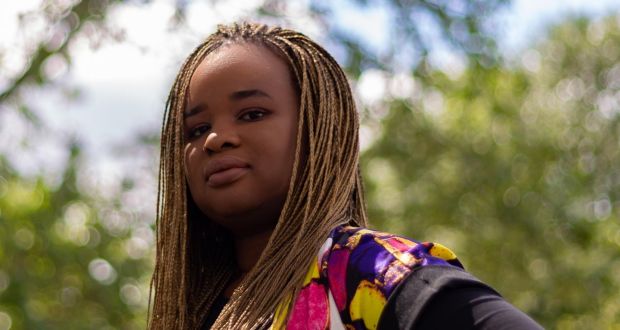 For anyone languishing in the family home in those dead days between Christmas and new year – turkey demolished, Christmas specials watched, Scrabble and Monopoly boards upended – Oyinkan Braithwaite’s debut My Sister, The Serial Killer could be just the thing. A darkly comic novel that doesn’t take itself too seriously, it’s an easy read, and a fitting vehicle for anyone wishing to indulge in murderous fantasies over the festive period.

There is little in the way of psychological depth in My Sister, The Serial Killer, but its deadpan tone and well-paced story make up for the shortcomings. The unfortunate narrator of the book is Nigerian nurse Korede, a woman in her 30s who cleans up her sister’s murders. The tongue-in-cheek narrative begins with an urgent call from her sister, the beautiful Ayoola, asking her to come to her boyfriend Femi’s apartment. The opening line says it all: “Korede, I killed him.” Although she was just about to eat her dinner, Korede downs her cutlery and digs out the bleach and rubber gloves.

Set in a vibrantly rendered Lagos, the narrative jumps between the present-day murder of Femi and Ayoola’s previous murders, the first of which took place when she was 17. Braithwaite’s deft characterisation brings Ayoola to life as a cheerful, breezy young woman whose positive attributes can equally be read as sociopathic. As Korede struggles to keep the police from finding out about Femi, there is much humour in Ayoola’s blasé attitude: “‘How long am I meant to post boring, sad stuff?’ ... ‘You don’t have to post at all.’ … ‘How long, though?’ … ‘A year, I guess’ … ‘You must be kidding me.’”

The sister’s relationship is well drawn, with Korede both jealous of Ayoola’s beauty and hugely protective of her, an impulse that is fuelled by an abusive father whose back story is revealed incrementally, adding a sense of mystery. The book is structurally impressive, the short, titled chapters meshing together with ease. Their mundane headings – Father, Bracelet, Car, Heart – initially seem superfluous but soon fit with the book’s light-hearted style. They are reflective too of the casual approach to language.

Anyone on cliché watch will spot frequent examples – beelines, quintessential black dresses, fears triggered, mouths that wouldn’t melt butter, sorry excuses for human beings – in addition to awkward physical descriptions. Yinka, a colleague of Korede’s, “pales to the point of insignificance beside Ayoola” but that’s because the latter wears a dress “that by no means hides her generous breasts”. Much of the prose is plodding and functional: “I must choose my words wisely, since I have carelessly given this man the tools he needs to have my sister and me thrown into jail, and I have no idea what his angle is.” Korede’s emotions as she tries to hide her sister’s crimes are told rather than shown: “My pride has divorced itself from me. But what can I do?”

The trick this novel pulls off, however, is that these issues with language don’t halt the flow of the narrative or prevent enjoyment of the book. Korede’s sardonic voice keeps the momentum going, in a way that recalls the offbeat humour of Gail Honeyman’s bestseller Eleanor Oliphant is Completely Fine. Braithwaite uses a similarly detached comic voice in her debut to comment on modern Nigerian society. A graduate of creative writing and law from Kingston University, she’s worked as an assistant editor at Kachifo and has been shortlisted as a spoken word artist in the Eko Poetry Slam.

The implausible premise of My Sister asks the reader to suspend disbelief but it is surprisingly easy to do so in a Lagos full of politicking and corruption. When a LASTMA official stops Korede for a traffic violation she pays him off (for fear of having her recently bleached boot searched) before explaining that, “on a normal day, I would fight him”. It neatly foreshadows her response to Ayoola’s first murder as a frightened teen trying to ward a sexual attack: “Why take the risk that her cry of self-defence might go unheard?”

Nigerian society comes through in other details too, from the pots of simmering Efo, to Korede’s busybody colleagues, to the memory of her father, dressed in a rich blue agbádá, or pimping his daughter to his lecherous friends. Dialogue is also sharp and evocative of setting: “This boy is a smooth talker o!” The wife of a patient who’s been in a coma – a tired plot device given new life by Braithwaite – believes Korede has corrupted her husband: “She is a witch! She has used juju to useless my husband!”

Despite a rushed ending, the story of these two hardy and entrepreneurial sisters remains in the memory for its irreverent humour. “Maybe she is reaching out because she has sent another man to his grave prematurely,” says Korede, noticing a missed call from her sister. “Or maybe she wants to know if I can buy eggs on the way home. Either way, I’m not picking up.”