Moranifesto, by Caitlin Moran review: how to be a citizen

The feminist and journalist tackles politics in her funny, sharply intelligent new book 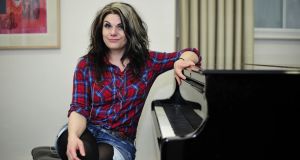 Caitlin Moran: ‘uses a chatty column format to show that women can and should be political’. Photograph: Aidan Crawley

Caitlin Moran has a way with a sentence. She could write a treatise on unblocking the bathroom drain and I would devour it chuckling with glee. What would she find down there amid the sludge of decomposing hair? A lost trinket from some mega-celebrity who came to her house for an interview and ended up tanked on gin? A bittersweet metaphor for modern life? Both, probably. The mundane turns into the extraordinary under Moran’s pen with an enviable effortlessness, and there’s something in her tone so warm, so inviting, that it is easy to understand why her readers love her.

Moran’s 2011 memoir, How to Be a Woman, was written from the conviction that feminism is a subject too urgent to be discussed only by academics in ivory towers. Her brand of women’s lib is personal, passionate and funny. Its success took the publishing world by surprise and made so much possible for contemporary feminism. The How to Be a Woman phenomenon revealed a hunger for feminist ideas, and told women that – whether it’s dealing with workplace harassment or having drug-addled revelations about emotionally abusive relationships – our gendered experiences matter.

Moranifesto stems from a similar intention. In the introduction, Moran explains that she used to feel – as a pop culture commentator and as a woman – that the sombre stuff of politics lay outside of her writerly remit. But, if feminism is too important for Moran to leave to the academics, politics is certainly too important to leave to the boys. Rather than give herself a new, serious makeover in the opinion pages, she decided to infuse her regular columns with more political material.

There’s a genius to this tactic. Just as How to Be A Woman used the personal to prove that feminism can and should be a meaningful part of every woman’s life, Moranifesto uses a chatty column format to show that women can and should be political. In a context where political systems and discourses are dominated by men, this is important.

I have encountered critiques of Moran’s past work as “feminism lite”, and perhaps Moranifesto will attract parallel criticism. But, to my mind, her funny, accessible writing functions as a gateway drug of sorts – one minute a gal might be gently giggling at Moran and friends washing cystitis medication down with prosecco, but, give it a week, and she’ll be out marching for reproductive rights for her sisters everywhere.

I’ve seen it again and again – this ability of Moran’s writing to kiss gender consciousness awake. And so I am delighted to see her unapologetically tackle themes such as capitalism and austerity alongside the return of Ant and Dec to ITV1. It can only encourage more women to realise that they too can be cool, funny and political.

Moranifesto is full of gems, but my favourite section – perhaps unsurprisingly for a woman of my persuasions – is ‘The Feminisms’. I love Moran’s emphasis on the value of different kinds of feminism, on the importance of us each chipping away at a little corner of patriarchy. She is weary of attacks on ground-breaking feminists such as Beyoncé and Lena Dunham for failing to address absolutely every problem that women face. For Moran, if we’re all working on a patchwork quilt called ‘A Better Future’ then “The only rule of Feminist Quilt Club is that we don’t expect one woman to sew the entire damn thing herself, while bitching about her to her face.” Quite.

This is not to say that we, as feminists, should not be open to a wee drop of constructive criticism. And, in this vein, I would like to offer my only substantial critique of Moranifesto. Notwithstanding a right-on plea towards the end of the volume for British people to acknowledge their colonial history, patriotism can strike an uncomfortable chord in this book.

Moranifesto is compulsively readable, sharply intelligent, and raucously fun. It proves Moran an original political thinker, and cements her reputation as an exceptional communicator – someone who can take big, serious, bewildering issues, issues such as gender inequality or terrorism, and make them feel personally relevant and utterly urgent. It’s quite the gift, as was my Sunday curled up on the sofa with a glass of wine and this lovely book.

Emer O’Toole is assistant professor of Irish performance studies at Concordia University, in Montreal, and author of Girls Will Be Girls