Mend the Living by Maylis de Karangal review: a young heart in limbo 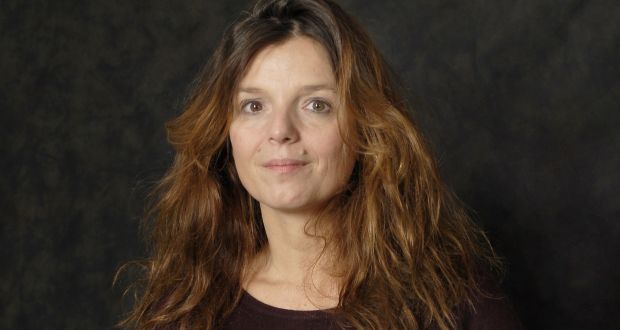 Simon Limbeau and his two pals have a plan: they will go surfing early on a Sunday morning in February. It is freezing and everyone else in the world, never mind Le Havre, appears to be asleep when they set off in pursuit of a promised blue water wave: “[A] session at high-tide, only two or three like this in a year – rough sea, regular waves, low wind, and not a soul in sight.” They didn’t even have breakfast.

In the first of many ironies, these are teenage boys who are rarely awake before noon on Sundays. But this time it’s different.

French original Maylis de Kerangal’s fifth novel, which takes its title from a line of dialogue in Chekhov’s Platonov, consolidates the audacity displayed in Birth of a Bridge (2010), which was published last year in an excellent translation also by Canadian poet and song writer Jessica Moore. Mend the Living examines the emotive subject of organ donation. Yet for all the ethics and pragmatism involved, de Kerangal avoids polemic and never loses sight of the humanity.

This at times gut-wrenching saga, spanning a mere 24 hours, begins with the normality that invariably predates a disaster and persists in continuing around it. Couples have arguments, one of which proves to have desperate finality.

Evoking the excitement of the surfing expedition, de Kerangal prepares the reader for the cruel twist of chance that follows. It is a thrilling opening sequence, well-suited to her urgent, breathless, visceral prose and its lengthy, complex and frequently metaphysically charged sentences.

Though the exuberance of her use of the continuous present tense will present a challenge to intending translators, she creates the sensation of being there, intently watching, describing every gesture.

The setting is vital: “It’s time. Beginning of the day when the shapeless takes shape: the elements gather, the sky separates from the sea, the horizon grows clear. The three boys get ready, methodical, following a precise order that is still a ritual . . . choreography of rubber puppets who ask each other for help, requiring that they touch and manipulate each other; and then the surf boots, the hood, the gloves . . . ”

After the preparation comes “two beats, always the same: terror and desire”.

Of the three youths, the author focuses on Simon as he paddles out and waits for the next wave. He floats, thinking briefly of his aptly named girlfriend Juliette, whom he left sulking because she felt he’d chosen his friends over her.

“Everything around him is in flux – whole sections of sea and sky emerge and disappear with each swirl of the slow, heavy, ligneous surface, a basaltic batter. The abrasive dawn burns his face . . . and his heart begins to slow . . . when suddenly he sees it coming, he sees it moving forward, firm and homogenous, the wave, the promise.” As soon as Simon becomes part of the wave, “he touches a state of grace” endures the pain and seeks the next one.

De Kerangal may well be considered a writer more committed to language and its mood shifts than to story or characters, some of whom are elaborate caricatures. Yet she is as sensitive to the personal as she is to the cerebral. This is a daunting book that it will resound close – perhaps too close – for many readers.

From the exhilaration of the surfing comes the horror of an accident that leaves Simon, as his last name Limbeau suggests, in limbo, suspended between life and death.

The surfing session acts as a prologue, an introduction not only to the narrative, which is the story of Simon’s heart, but also to the real Simon. He is a headstrong lad who indulged his passions and whose recent presence, as far as his traumatised mother can recall, was connected to the slamming of the refrigerator door.

Marianne’s life changes when Lou, her little daughter, passes her the phone. The voice at the other end is asking her if she is Simon’s Limbeau’s mother. “Marianne sat straight up in bed, brain blinking awake in terror.” It is at this moment that the boy’s critical situation, already a medical crisis, becomes a human one.

Simon, his consciousness obliterated, is unaware of his tragedy: his fate has been decided and the medical team has confirmed it. For his estranged parents, however, the drama is only about to begin.

Informing Marianne of her son’s condition, Revol, a cranky, dope-taking loner who is the consultant on the case, “has the painful feeling of dealing a blow, the sense of detonating a bomb.” To the mother and, later joined at the bedside, the father, their dead son appears to be sleeping. Sean, the father, is a dreamer from New Zealand, a boat builder whose laconic detachment caused the marriage to falter.

The parents speak about Simon in the present tense. The doctors notice and explain that their son’s breathing is “thanks to the machines”. A brutal, if practical, decision is needed: permission to remove his organs.

Many of the exchanges have the tautness of a screenplay. But this is more than a routine TV medical drama, despite a stupidly slick subplot concerning a whiz-kid surgeon and his crazy girlfriend.

A powerful interlude sees the shocked parents retreat to sit in their car, where Sean batters his head off the steering wheel in guilt over encouraging the boy’s interests, which reflect his own.

Mend the Living would make a fine movie, yet film would lose some compelling images and interior debates preoccupying the characters.

Marianne thinks about her son’s heart going off to its new life, while Claire, the middle-aged recipient waiting for her transplant, wonders what will happen to her old, worn-out heart.

After the organ removals are complete, the boy’s body “has become a corpse”, its scars compared with “the lance in Christ’s side, the sword strike of the warrior, the knight’s blade”. De Kerangal notes the careful stitching with which the doctors repair the body.

Just as she mastered the language of construction and building mass in Birth of a Bridge, the medical procedures are explained here by professionals. There are echoes of Jim Crace’s majestic Being Dead (1999), as the dead boy remains central to a narrative in which he has no part.

De Kerangal explores the contradiction of death enabling life. A young nurse, whose day at the hospital follows frantic sex with a former lover, which causes her to clutch her cell phone, willing it to ring, realises she is about to assist in the organ harvesting – “but has never experienced anything but intense procedures aimed at saving patients . . . and she struggles to grasp the reality of the operation that lies ahead, because the young man is already dead”.

Long after reading this extraordinary novel that etches itself in the mind, it will be impossible to forget the distraught parents who, having agreed to the harvesting, remain adamant that Simon’s eyes remain. There is a flamboyant artistry at work, yet Maylis de Kerangal is confronting a reality that is all too real.