It Would Be Night in Caracas review: Dystopian nightmare in Venezuela 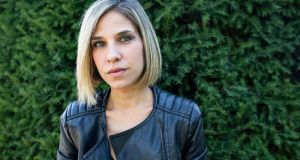 Book Title:
t would be night in caracas

“Life had become a matter of venturing out to hunt and returning home alive.” It Would Be Night in Caracas is not, as this quote suggests, a book set in a post-apocalyptic world, though the grim reality of life in modern Venezuela often appears as such.

The South American country has seen huge political unrest and economic instability in the past decade. Since the death of Hugo Chávez in 2013, an estimated two million people have fled Venezuela. In August the Trump regime imposed a total economic embargo on the country, which means the nation’s economic woes are unlikely to improve any time soon.

In It Would Be Night in Caracas, Sainz Borgo offers a view of life on the ground. Her debut is one woman’s tale of survival in a country where violent gangs masquerading as revolutionaries have effectively seized control of the capital. Through the lens of Adelaida Falcon, a woman in her late 30s who has just buried her mother, the hardship of life in Caracas is memorably related.

Personal and political troubles are contrasted to good effect. We learn plenty about the current landscape: by order of the Sons of the Revolution, foreign currency has become illegal; their armed groups slaughter protesters in their hundreds; Caracas is a city of rioting, tear gas, looting, rape and murder.

There is, in Sainz Borgo’s evocative, nightmarish descriptions, echoes of the dystopian world of The Handmaid’s Tale. But in Venezuela, women are equally ruthless, as depicted by the inhumane character of La Mariscala, a leader of a group of looters who beats up Adelaida and kicks her out of her own apartment.

From here on in, the plot takes a weird twist into thriller territory as Adelaida disposes of the corpse of a dead neighbour and plots to steal her identity as a way of fleeing to Spain. This neighbour, Aurora Peralta, is related to the reader in clunky segments of backstory that intrude on the more poignant narrative of Adelaida’s relationship with her mother.

Of the latter, we are shown an iron-clad mother-daughter relationship forged through adversity. The details of the mother’s illness and death are particularly memorable. To be a person ill or in need in Caracas – as is so vividly evident in some wretched hospital scenes – is akin to having a signed death warrant.

Adelaida uses up most of her precious foreign currency to buy her mother cancer drugs on the black market that are ultimately ineffective. The loss felt after her death comes through in original, heartfelt insights: “Writing out the inscription for her headstone, I understood that death takes place in language first, in that act of wrenching subjects from the present and planting them in the past.” There are shades of Hemingway, too, in the new shoes that arrive too late in a box from the local cobbler.

In this ode to a mother from a bereaved daughter, there are strains of Zinzi Clemmons’s What We Lose, and particularly, Gabriela Ybarra’s Booker nominated The Dinner Guest, which also combines the political and personal to tell a tale of loss and survival. It Would Be Night in Caracas lacks the finesse of Ybarra’s novel, however. Sainz Borgo’s background in journalism and non-fiction is sometimes too evident in her fiction.

The stories of various side characters – Adelaida’s neighbour; her old teacher; her friend’s brother, who is forced to join a gang – are given in a reportage style that, ironically, can read like melodrama in fiction as the horrors pile up.

A narrative tick of repeating surnames adds to the problem, and there is the sense at times that the translation is also at fault, with sentences that are lofty and obscure: “In time, I understood that place as the breeding ground for a much greater evil, the natural resource of a cosmetic republic. Frivolity was the least egregious of its evils.”

Despite these issues, this is a worthy and timely novel that will appeal to readers who want to learn more about a very troubled country.

In her clever dual narrative of personal and public grief, Sainz Borgo asks us to consider how a person can deal with one death in the face of so many others: “The country changed in less than a month. We started seeing trucks stacked with caskets, all of them tied down with ropes, and sometimes not even that. Soon, unidentified bodies were being wrapped in plastic bags and tossed into La Peste, the mass grave where the bodies of gunned-down men and women started fetching up by the hundreds.”