In the Closet of the Vatican review: Incredible detailing of homosexuality in church 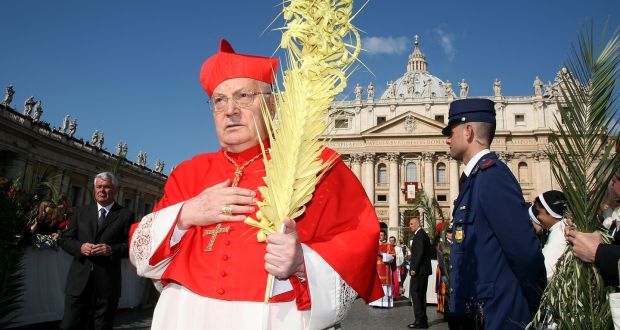 Book Title:
In the Closet of the Vatican: Power, Homosexuality, Hypocrisy

In The Sixth Sense film a little boy has a secret: he can see dead people. It is similar with Frédéric Martel, author of In the Closet of the Vatican: Power, Homosexuality, Hypocrisy. Except, he can see gay people. Everywhere. And it is not a secret. He sees the world through a pink prism, darkly.

It even extends to Chile’s Pinochet regime.

A gay French author, this is not Martel’s first such book. In 1999, there was The Pink and the Black, Homosexuals in France since 1968; in 2002, La Longue Marche des Gays; and in 2014, Global Gay: How Gay Culture is Changing the World. Although an atheist it seemed inevitable he would focus on the Catholic Church with its virulent condemnations of homosexuality. Those he attributes to the deep self-loathing of closeted conservative senior prelates.

The Pinochets “surrounded themselves with a veritable court of Catholic homosexuals,” he says. “No one has ever described it in detail: I have to do it here, because it is at the heart of the subject of this book,” he says. And he does. With motive.

Of “the dictator’s gay or gay-friendly entourage . . . All are connected to the apostolic nuncio Angelo Sodano.” Earlier he tells us Sodano is “the ‘villain’ of this book”. Sodano is “the eminence noire, not just grisé in all the blackness and opacity of the term”.

There is also some piquant innuendo. Sodano is “a strong personality, even though he appeared very effeminate. He was tall, very bulky, he looked like a mountain.”

A powerful conservative, now 91 and Dean of the College of Cardinals in Rome, Sodano was papal nuncio to Chile from 1977 to 1988 and Cardinal Secretary of State from 1991 to 2006.

Among that gay entourage “closely connected” to Sodano in Chile was Fr Fernando Karadima, we are told. Few heard of this priest until last year when Karadima was exposed as a child abuser after a Vatican investigation.

Martel notes that “the official version is that the Vatican was not informed about the Karadima affair until 2010, when Sodano was no longer secretary of state.”

He is not put off. “The reasons that led Sodano (as well as Cardinal Errazuriz, who replaced Sodano as secretary of state in 2006) to protect this paedophile priest remain mysterious.”

Martel wonders why, in Chile, Sodano “took such pleasure in associating with the homosexual milieu . . . at the very moment when John Paul II was declaring homosexuality to be an abominable sin and an absolute evil.”

He answers, possibly because Sodano was “vulnerable – for example, if he was himself homosexual – and was obliged to compromise with the regime to protect his secret.”

Far and away the most impressive feature of the book is Martel’s access to so many senior prelates of the church none of whom, clearly, had the remotest idea what he was planning to write

A looseness with fact is also evident in Martel’s reference to the attack by Pope Francis on the Roman Curia in December 2014, “less than a year after his election”. Except that Francis was elected in March 2013, all of 21 months beforehand.

More seriously wrong are Martel’s references to a named Irish bishop who, he claims, “was homosexual (as the courts made clear in the trials for scandals in his diocese . . .)”

No Irish bishop has ever been “in trials for scandals in his diocese”, or to do with homosexuality.

Martel claims “a young seminarian” said the Irish bishop “embraced him tightly and kissed him on the forehead”. Not so.

The man was not a seminarian. He discussed his vocation with the bishop who embraced him and kissed on the forehead, which the young man felt was “paternal”. Later he wondered, and complained. An independent inquiry found the bishop’s behaviour “was not abusive”.

This approach to fact drags In the Closet of the Vatican down, as does its length. It could be cut by a third without loss.

It is interesting on the Fr Marcial Maciel scandal, hilarious on hard-right cardinals in the church and in its account of the alleged wild gay life of noted upholder of family values, the late Colombian Cardinal Alfonso Trujillo. It is hugely entertaining in descriptions of the “the gayest pontificate in history”, that of Benedict XVI. But, how true?

Far and away the most impressive feature of the book is Martel’s access to so many senior prelates of the church none of whom, clearly, had the remotest idea what he was planning to write.

Many reading this book will sympathise with former papal spokesman Fr Federico Lombardi. “All of these accusations of homosexuality are a little excessive,” he tells Martel.

“Of course there are homosexuals [in the church], that’s obvious. There are even a few who are more obvious than the others. But I refuse to read things that way, and to believe that homosexuality is an explanatory factor,” he said.