I Love You Too Much by Alicia Drake review: City of Light proves dark for teenage voyeur

Mind of the most troublesome of creatures, the teenage boy, is explored in this unrelenting bleak novel 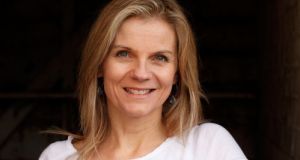 Book Title:
I Love You Too Much

There must be something rather special about falling in love for the first time in Paris. A city that conjures up images of attractive young couples walking hand in hand across the Pont Neuf towards the Louvre while the sun sets over Notre-Dame. “Nothing is more fantastic,” said Victor Hugo. “Nothing is more tragic. Nothing is more sublime.”

But, of course, for every love story, there’s a romantic trauma, and for every handsome boy or girl, there’s another who lacks the beauty or wit to join in the passion and is left watching the world through a mixture of confusion and loneliness.

Alicia Drake’s debut novel is narrated by one such character, 13-year-old Paul, the son of a divorcing couple who is surrounded by beauty wherever he looks. His mother shops endlessly to ensure their apartment remains the height of chic. His father is obsessed by toning and sculpting his body. Even his mother’s boyfriend, Gabriel, an aspiring rock star, chooses his clothes based on whether they adequately show off his biceps. But Paul shares none of these qualities for he’s overweight, addicted to sugar and desperately lonely, all the more so since his baby sister was born and what little attention came his way before has been mercilessly torn away.

Drake writes compassionately of Paul’s solitude and his feelings of inferiority in comparison to his high-achieving parents. They’re due in court soon to sort out custody arrangements but it feels like a judicial victory over the ex comes with a heavy price: having to look after an unhappy pubescent boy. So, when Paul meets Scarlett, a new girl at school with whom he forms a bond, it’s as if a much-needed lifeline has been handed to him.

This is a novel very much about observation. Paul watches everyone in his life closely, his parents, his grandparents, the nanny, even the people who live in the apartment opposite him. He is an unremitting voyeur, disconnected from the lives of others while rarely letting anyone out of his sight.

Of course, the problem with a voyeur is that, sooner or later, he might witness something unpleasant and so it is with Paul, who walks into his father’s apartment one day at the wrong moment and discovers a scene so upsetting that he’ll be reliving it in weekly therapy sessions for the rest of his life. His psyche, already fragile, reels from the blow and it’s hard not to recall Hemingway saying that if you’ve lived in Paris as a young man “then wherever you go for the rest of your life, it stays with you, for Paris is a movable feast.” One suspects that Paul would rather leave that particular meal untouched.

The quiet, internal narrative of the novel works well and the reader will certainly feel a tenderness towards the youthful narrator although his tendency towards tears - he cries a lot - and self-pity can occasionally grate. Paul is slow to act, rarely standing up for himself, and although thirteen is a difficult age, one occasionally longs to give him a metaphorical kick up the backside. Only when he takes out his aggression on some of his classmates who have picked on him at the wrong moment does he come to life but then, unfortunately, it is through violence.

The city itself is presented in a romantic but unforgiving light and many of Drake’s descriptions are memorable. “Paris doesn’t care that you are dying inside,” Paul remarks at one point, “it will always be beautiful, untouchable, aloof, unmoved by you and your pathetic fate.” Struggling to survive there, while feeling quarantined from those around him, it’s little wonder that Paul’s thoughts turn increasingly dark as the novel progresses and betrayal piles on top of betrayal.

There’s an elegance to Drake’s writing that marks her out as a writer to be reckoned with and she shows fearlessness as she explores the mind of that most troublesome of creatures, the teenage boy. If the novel has a flaw, however, it’s the unrelenting bleakness that pervades it. Every character, even the minor ones, behaves monstrously while selfishness and narcissism runs through each page. Even Scarlett, from one who expects more, turns out to be disappointingly shallow. But ultimately, as a study of isolation and the trauma inflicted by unfeeling parents on their innocent children, I Love You Too Much is a considerable achievement.