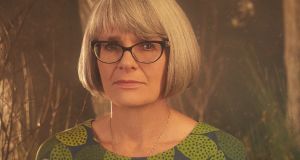 With a spirit of reclamation that starts in the title and continues over the course of 10 modern fairytales by 10 contemporary female authors, Hag: Forgotten Folktales Retold is an engaging anthology that breathes new life into old stories.

In her pertinent and thought-provoking introduction, Oxford professor Carolyne Larrington notes that fairytales from the British Isles are less well known than mainland Europe, whose “collectors were busying themselves in capturing, writing down, popularising and sanitising their stories”. In Hag, 10 of these lesser-known tales have been matched to authors with a connection to the locality. The stories were first published last year as an Audible podcast which won a fiction award at the 2020 British Podcast Awards.

Norfolk, Suffolk, Orkney, north Wales, Galway (which gets lumped in with the rest of the British Isles in the introduction), west Cornwall, Staffordshire, Yorkshire, London and Somerset are the chosen localities. Many of the tales share similar themes – loss, love, courage, rebirth – but regionality and accent make for a diverse collection. As with any compilation, some stories are more compelling than others, but the authors are to be commended for their original takes on the source material.

In a collection with strong feminist overtones, many of the stories explore childbirth and motherhood in inventive ways. The trauma of miscarriage is hauntingly rendered in The Dampness is Spreading by Emma Glass. As with her poetry and debut novel Peach (2018), Glass forges her own unique language of the wounded.

The narrator, an assistant in a maternity hospital, is constantly surrounded by new life that reminds her of her losses: “The baby wriggles and squirms. I place her in the silver tray; she is sticky and shiny, a yellow crust of dried birthing fluid has formed on her brand-new skin, crystallised. She shines like a lemon sherbet on sweet shop scale.” The details are cleverly chosen – the heightened atmosphere of emergency childbirth, characters with a history of drug abuse, a newborn in danger – and Glass blends old and new, natural and occult.

Naomi Booth’s Sour Hall has a similar backdrop, with a narrator who miscarries as a result of an abusive partner. Elevating the tale is her new life on an isolated farm with a female lover, George. The labour involved in dairy farming – toil, hope and ultimately failure – mirrors the narrator’s plight. No landscape is remote enough to escape from the past: “It bled out of me the week I met George; it was kicked out of life, he kicked it out of me, then he set my hair alight. Bang. Bang. There’s something in the butter churn.”

Eimear McBride, the Irish contributor, takes a different approach in her island-based story The Tale of Kathleen. Although lauded for her writing on trauma, perhaps because of this fact McBride gives an arch reworking of a story that pits the church against the fairies. With her comical “Anyway” threaded through the narrative and lines like, “There lived a fine young woman who, inevitably, was in love”, McBride gently satirises the form.

One issue with Hag is that the original 10 tales are included at the back of the collection, making it difficult for those using ereaders who would like to easily compare the tales. Most of the originals are only a couple of pages and would have worked nicely at the beginning or end of their modern counterparts.

It is interesting to see how much or little of a tale is used by the individual authors. Both approaches work effectively. Kirsty Logan’s Between Sea and Sky borrows heavily from the source yet manages to spin something entirely new in her shrewd tale of an osteoarchaeologist, Skye, and her semiaquatic son Muir. The fantastical underwater sequences contrast nicely with the far more human world of a village that is hostile to outsiders.

Daisy Johnson’s ethereal opening story, A Retelling, strays considerably from its source, beginning as a kind of writer’s diary describingthe the writer and her family visiting an old well connected to the original tale (The Green Children of Woolpit). Johnson segues from this very real narrative into a creepy, credible tale in which the narrator carts a ghostly woman around the country in the hope that both characters will find peace.

This thread of female characters either seeking or offering help is woven through the various stories and gives a sense of unity and optimism.

The Holloway by Imogen Hermes Gowar is a fitting end to a strong anthology. Based on the Somerset folktale Old Farmer Mole, it gives the narrative over to the pre-teen daughter of an abusive father and husband, resulting in a remarkable story of survival against the odds. Like the best of the stories in Hag, it leaves the reader yearning to believe in the redemptive power of magic.