Dark tales hit the target: Waiting for the Bullet 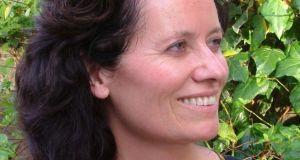 Book Title:
Waiting for the Bulet

Past traumas and current crises haunt and hinder the characters in Madeleine D’Arcy’s debut collection. The stories are set in contemporary Ireland, London and New York. Things fall apart for a host of troubled narrators, with only some of them managing to regain a hold of their centres.

A toy gun brings hope for Melissa, the wife of a brutish property developer, Turlough, in the collection’s titular story. Initially fearful of the gun, she comes to cherish it, no longer willing to accept her position as household skivvy and cuckquean. Her game of Russian roulette at a dinner party makes for suspenseful reading. Desire and unhappiness are twinned again in stories such as Salvage and The Wolf Note, where Eddie and Eileen subsist in a marriage of mutual contempt.

This highly readable collection, conversational in tone, contains a wide selection of voices, from mentally unstable victims and doormat girlfriends to an older gay man returning to the village that shunned him in his youth. Back from London for the burial of his estranged father, Luke’s understated grief for his late partner, Terence, in A Good Funeral draws the reader in and pierces with its depiction of loneliness and loss.

At times the conversational tone veers into overfamiliar territory, as with the narrator of Hole in the Bucket, the recently separated thirtysomething Leanne, who tries to persuade both herself and the reader that she’s dealing with her problems. Elsewhere there are accents that don’t quite convince. The American widow in Across the Duck Pond, journeying to Cork to scatter the ashes of her layabout husband, relies too much on “darn” and “mighty sure” to pronounce herself a lost soul in a foreign land.

In An Under-Rated Emotion, the generation gap between the lovely Deirdre and her selfish older lover is an interesting subject, as are the perspectives on responsibility and yearning, which are rendered with sympathy. D’Arcy, who is from Cork, switches easily to the voice of her male narrator, a writer who “was fashionable once” and is now an ugly mix of regret and egotism. She doesn’t judge her characters for their flaws. Their actions and reactions will have consequences enough. Sometimes these lack credibility, however, as when Deirdre tells her lover that she can’t have children.

For the most part, though, the darkness at the heart of this former Hennessy winner’s collection rings true. The excellent Housewife of the Year, for example, uses the macabre to explore the pernicious effects of bad parenting. The compulsive cleaning of a newly married wife is the result of a traumatic childhood. She was treated like vermin by a mother who was lauded by the outside world. The image arrests: “The children in our house were human mice.”