Crime: A horrific truth beneath the surface of small-town America 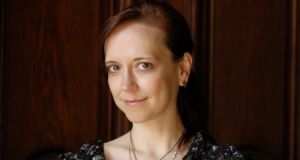 Megan Abbott’s early novels, such as Die a Little and Queenpin, were critically acclaimed historical noirs with a feminist twist that put the genre’s much-maligned molls and femmes fatales centre stage. Since the publication of the superb The End of Everything, in 2011, the American author has shifted focus, offering contemporary tales set in the febrile world of teenage girls.

Revolving around the Nash family – father Tom and high-school students Deenie and Eli – The Fever (Picador, €16.99) opens with an outbreak of a bizarre illness in the small town of Dryden, “the cloudiest city in the state”. As the authorities scramble to deliver a plausible diagnosis, and the media revs up in search of a scapegoat, more and more teenage girls succumb. Abbott’s use of a quote from Carl Jung for the book’s epitaph tips us off that The Fever is an unusual crime novel: this is a delicately constructed story of adult guilt and nascent teenage sexuality, of subconscious fears and collective hysteria. With the character of Deenie in particular Abbott goes far deeper than the conventional portrayal of overwrought adolescent girls and their Valley-speak, expertly evoking the bewildering and terrifying experience of life lived teetering on the cusp of adulthood, not just getting under Deenie’s skin but burrowing right down into her marrow to mine the horrific truth that lies beneath the surface of an ostensibly normal American town.

The fourth of the German author Andrea Maria Schenkel’s novels to be translated into English, The Dark Meadow (Quercus, €18.75) bears comparison with her award-winning debut, The Murder Farm. Set in postwar Bavaria, it tells the story of Afra Zauner, a young woman who returns to her religious parents’ farm in some disgrace, pregnant with the child of a French labourer. Schenkel’s fascinating narrative approach tells us first that Afra was murdered, then loops back in time to recount the events leading up to the shocking event, those brief chapters broken up by documents, reports and first-person accounts from a 1965 cold-case investigation into Afra’s death. Despite the direct, unfussy style (the book is deftly translated by Anthea Bell) and Schenkel’s clear-eyed focus on facts and reportage, The Dark Meadow is a heartbreakingly poignant tale, one in which Afra is by no means the only victim of a society that was only gradually emerging from the poisonous influence of the Nazi administration.

A poet, short-story writer and literary critic in his native Sweden, Jan Arnald, aka Arne Dahl, has published 22 books. The third in Dahl’s Intercrime series to be translated into English, To the Top of the Mountain (Harvill Secker, €15.99) opens with the Intercrime team disbanded after their previous, disastrous investigation. But when a man is blown up in a high-security prison, and the signs point to a Slavic drug baron, Rajko Nedic, the team is re-formed under Supt Jan-Olov Hultin to investigate the possibility that war criminals from the recent Balkan conflict are infiltrating Sweden’s criminal underworld. First published in Sweden in 2000, and translated here by Alice Menzies, To the Top of the Mountain offers a complex plot in which the Intercrime team pull together investigative strands including drug trafficking, child pornography and anti-terrorism. The backdrop and some of the technological developments – radical at the time, but taken for granted now – mean that the novel has the feel of historical crime fiction, but it’s a hard-hitting document of its time and place, as Swedish law enforcement comes to terms with some of the negative consequences of Sweden’s liberal approach to immigration and the border-defying power of the internet.

The author of four novels influenced by George V Higgins and Elmore Leonard, the Canadian author John McFetridge goes back in time for Black Rock (ECW, €12.99). Set in Montreal in 1970, it features Constable Eddie Dougherty, who is investigating the murder of three women and the disappearance of a fourth. When bombs start exploding, however, and high-profile Canadians are kidnapped by the Front de Libération du Québec (FLQ), the Canadian army moves on to the streets of Montreal and Eddie’s investigation is – officially at least – sidelined.

The setting may have changed – McFetridge’s previous novels were set in contemporary Toronto – but his prose remains stripped back and forceful, the action propelled by laconic dialogue and the likeable Eddie Doughtery’s refusal to allow politics to interfere with his personal pursuit of justice, even if many of the friends and family of the murdered women view him as a traitor for joining the police. It’s a fascinating backdrop, too, as the paramilitary FLQ causes havoc in Montreal and Eddie – his father is Irish, his mother French – finds himself politically conflicted.

The Kill (Ebury Press, €11.99) is Jane Casey’s sixth novel, and the fifth to feature the London-born Detective Constable Maeve Kerrigan. The story opens with the murder of a policeman, killed by a high-powered sniper’s rifle in Richmond Park. Soon Maeve is embroiled in a series of murders in which the police are the victims, and anarchy stalks the streets of London. A gripping police procedural, rooted in a fictionalised version of recent historical events, the novel is a blend of the personal and the professional, as Maeve’s complicated relationships with her superiors – DCI Josh Derwent and Supt Charles Godley – have a serious impact on the invesigation.

As always, the chief appeal is Maeve Kerrigan herself. A forthright, confident and competent cop in public, she’s a churning confusion of self-doubt, insecurity and second-guessing in her private asides to the reader. It’s an unusual and endearing contrast that humanises Maeve Kerrigan despite the horrors she confronts, and one that makes her one of the most charming protagonists in contemporary crime fiction.