‘I began to write – not to make sense of things, the opposite in fact. I wrote in order to keep rationality and purpose at bay, to prolong and bask in the rhythmic chaos of existence, and luxuriate in the magnificent mystery of everything’ 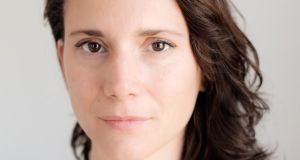 Claire-Louise Bennett: in contrast to literature’s integral social dimension, the act of writing itself is almost entirely antisocial. It’s true, writing is a gloriously solitudinous place. And it was there, in that zone, I wanted to sink, without succumbing to the pull of narrative drive, which is always more or less in reach, like a ghastly, bedevilling, rudder. Photograph: Conor Horgan

You reach an age when you must make plans and then you immediately have to dedicate yourself lastingly to firming up those plans; from that age onwards most of what you do every day is bound up with this enterprise. It is imperative that you achieve regularly, and thereby establish yourself strongly and neatly in the minds of others. And, soon, what other people think undermines and redirects many of your percipient impulses and cherished and private occupations.

This routine assault on one’s imagination and freedom kicks off sometime during adolescence and it’s not to be wondered at that so many teenagers are inconsolably uptight, unco-operative, and resentful – life has been ruined. Thoroughly ruined. A sudden seismic shift occurs sometime during adolescence, and once this gruelling upheaval has happened, one’s daily reality is never the same again and life seldom feels as it once did. It is not the case that innocence is lost – the idea of childhood innocence is a disingenuous one, contrived no doubt so as to obfuscate what really goes on. Which is: nothing is lost; rather, the capacity for uncertainty and the hunger for mystery are systematically vanquished as the agenda and exigencies of the human ego gains ever increasing ground.

I remember that transition, if you can call it that. How all that felt boundless and primal, profound and bizarre, became dreary and doctrinaire. It was at precisely this juncture that I began to write. The function of this impulsive activity was not to make sense of things, the opposite in fact – I wrote in order to keep rationality and purpose at bay, to prolong and bask in the rhythmic chaos of existence, to remain adrift from the social contract and luxuriate in the magnificent mystery of everything. I was writing, not to connect with other people, but to experience and augment my affinity with the universe. It was, after all, the whole cosmos I felt a part of and wished to respond to – not just my small portion of it, the here and now of my specific, increasingly circuitous, circumstances – but everything, everywhere, always.

Human beings and the stunts they pull were a minor constituent of my world view. There were hundreds of thousands of phenomena far more fascinating than human beings, and most of what I wrote at that time was little more than an inventory of all those things I found stunning and peculiar. Moths, pylons, flat grass, porcelain, wind, lace, ear drums, hexagons, night, glass, wolves, violins, charcoal, reflections, creosote, dandelion clocks, thunder, stars, bar stools, Jesus Christ, blood, emeralds, bears, death, ice, leather, banisters, fir trees, limpets, peacocks, cornfields, clay, high windows, smoke, velvet, fountains, scarecrows, roses, milk, frogs. There was a perpetual and vivid sense of creation, of being amidst creation. The earth was moving, transforming, had its own intrinsic drama, and was still being made.

For a long time, then, I was writing to facilitate a deepening involvement with the universe – not to reach out to my terrestrial compatriots. It is quite strange, perverse even, that I felt such an intense and natural compulsion to write when overall I had little interest in human affairs.

Out of all the artistic mediums literature is perhaps the most anthropocentric, and so, once I decided I wanted to make a book, I immediately encountered many difficulties as I tried to get to grips with the sorts of things that normally go into one. Narrative, for example, stonewalled me right from the off – I couldn’t take to it at all. Hardly surprising: narrative, after all, is not simply a literary device – according to narrative theory the capacity to tell stories is a basic human strategy which enables us to develop and reinforce a cogent and enduring sense of self. Identities are forged in this way, rendering us visible, surveyable; other people can say they know who we are. But who I am is not what I am or how I am; my identity is not all of me, it doesn’t even come close – it is simply a function of me, an aspect that has significance and viability within the social framework, but nowhere else.

Yet, despite its partiality, it is this portion we are duty-bound to cultivate and uphold throughout the course of our entire lifetime. This boundaried and stable self – the social being – doesn’t concern me very much. What I want to delve into and express in my work is the peregrine self – the being who is fluid, exotic, and nebulous – what a very distinguished individual might disdainfully refer to as a “wishy-washy sort”, who ought to “pull themselves together”.

How then to convey the permutations of a formless entity through a medium inherently geared towards the manifestation of a clean-edged and consistent character? Quite the conundrum. However, in contrast to literature’s integral social dimension, the act of writing itself is almost entirely antisocial – indeed, lots of writers will tell you just how lonely writing is. It’s true, writing is a gloriously solitudinous place. And it was there, in that zone, I wanted to sink, without succumbing to the pull of narrative drive, which is always more or less in reach, like a ghastly, bedevilling, rudder.

Solitude, by its nature, doesn’t have much of a plot and it doesn’t throw up too many events either. Life, from the outside, becomes rather small. Yet in that tight spot one’s awareness and sensitivity intensifies to such an extent that the daily round, no matter how unvarying it has become, is a conduit to a more transcendent contact with reality so that, for example, objects are not simply insensate functional things, but materials, substances, which have an aura, an energy – even, occasionally, a numinosity. Categories lose their hold and the surrounding environment is rewritten and revealed. What Italo Calvino calls “anthropocentric parochialism” has been given the slip, and the world again feels at once ancient and fresh, intimate and indifferent, porous and immaculate.

Naturally, in conditions such as these, consciousness becomes ever more diffuse and permeable. Suspended like a far-flung constellation, with lots of vast gaps in between. Dark, expansive, absorbent places. Or like a disintegrating dovecote maybe, tiered with many loosening pockets and chalky grooves for drifting winged things to alight upon and nestle into, every now and then. In solitude you don’t need to make an impression on the world, so the world has some opportunity to make an impression on you. It was the interplay between these destabilising lacunae and engrossing impressions that I wanted to somehow get on the page – and after a perturbing yet enlivening struggle it seems I might to some degree have succeeded. Quite the conundrum, then. After many years of principled under-achievement, I have accomplished something; an occurrence which, according to my own ideas, is a bit disgusting, yet also really rather nice.

Pond by Claire-Louise Bennett is published by Stinging Fly Press, €12.99.

Claire-Louise Bennett and Colin Barrett are in conversation with Niall MacMonagle in the Listowel Arms Hotel on Saturday, May 30th, at 2pm, as part of Listowel Writers’ Week