There’s more to Canadian literature than the wonderful Alice Munro 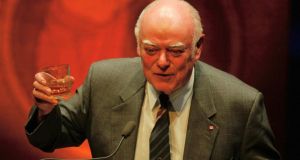 No human lifetime would yield sufficient time to explore the beauties of the Canadian landscape. It is so vast that not even its three million lakes appear to cram it.

Canada offers clean air, open spaces, the wonders of the Aurora Borealis up in the Northern Territories, mountains, waterfalls, prairie and a range of animal life from polar bears, bison in Alberta, eider ducks, the spotted salamander, mountain lions, moose and caribou, as well as the pine marten.

There are of course the cities of Toronto and Montreal but Canada, with its small population mainly clustered along the US border offers, peace of mind as well as the long-lost civilities which appear to have disappeared from most other places. Canadians always apologise, even when you happen to walk into them by mistake.

Across the world flags bearing the distinctive Maple Leaf are fluttering proudly as today is Canada Day, and “O Canada” will be sung and Canadians will again congratulate each other on not being American (my small joke; I was born in California); other thoughts may contemplate the Mounties – or the Royal Canadian Mounted Police Force to give them their proper name – and those many gags about them always getting their man. But in honour of Canada Day, allow us to remind ourselves that the actual motto is “Defending the Law.”

Mention short stories and the first name to come to mind to most writers and readers is invariably Alice Munro. Canada’s first Nobel Laureate for Literature is one of the world’s finest exponents of the short story.

How best to praise Alice Munro? She has rendered the ordinary into living, breathing, sorrowing art. She defines the moment a life changes, a day, an act, or an emotion, be it joy or regret, or an event that eventually becomes memory. Among her finest collections are The Progress of Love (1986) and Friend of My Youth (1990). Yet, not even Munro has the monopoly on the Canadian short story. In fact there is a great deal more to Canadian literature than the wonderful Munro.

Margaret Laurence Margaret Laurence came from the prairie town of Neepawa, Manitoba. Marriage brought her first to Africa and a debut novel, The Side Jordan (1960), set in Ghana before she wrote her first collection, The Tomorrow-Tamer (1963). Then came change; divorce led her and her children to England and she began writing the four Manawaka books that made her famous – The Stone Angel (1964), A Jest of God (1966) – which some readers may know as Now I Lay Me Down – The Fire-Dwellers (1969) and The Diviners (1974). A collection, A Bird in the House, is also part of the Manawaka sequence. Laurence is a wonder and another fine Canadian writer, Timothy Findley, always credited her with making him want to write.

Timothy Findley Findley is best-known in Canada for The Wars (1977), his novel which won the Governor General’s Award and is taught in schools. It tells the story of young Robert Ross, a dreamer devastated by the death of his beloved sister, who sets off to Europe and the madness of the Great War. His response is a gesture of alarming courage. Findley’s other novels include Not Wanted on the Voyage (1984), an imaginative variation of the Great Flood and a novel of which Margaret Laurence wrote: “This marvellously fantastical fable, an awesome and poetic rendition of the ancient one, is tender and terrifying, humorous and heart-rending, abundant in implications and questions for our desperately hurting and threatened world.” Laurence’s words still ring true, as does Findley’s novel. Why not investigate Findley further and read The Telling of Lies (1986), a mystery which begins with a body on a deckchair on a suddenly deserted beach? Also worth reading is Famous Last Words (1981), part thriller, part horror story which finds Hugh Selwyn Mauberley, American writer and protégé of Ezra Pound, as a guest, but really a prisoner in a grand hotel somewhere in the Austrian Alps and writing his story on the walls and ceiling of his chilly hotel room turned cell.

Robertson Davies In common with Findley, the magisterial Davies was also an actor. He acted at the Old Vic in London and was Sir Tyrone Guthrie’s literary assistant. What’s Bred in the Bone continued The Cornish Trilogy – which began with The Rebel Angels – and was shortlisted for the 1986 Booker Prize. It tells the story of young Francis Cornish who rejected his wealthy merchant family’s world for the international art scene. Again in common with Findley, Davies favours complex plots and the old-style notion of storytelling based on historical cross references and playful asides. The Lyre of Orpheus (1988) concludes the trilogy. It is all very baroque, elegant, wordy and very funny.

Mavis Gallant Born in Montreal, Gallant was a journalist before she moved to Europe and travelled widely. On settling in Paris she devoted her life to writing. Unlike Munro, who focuses on small-town Canadian life, Gallant was the definitive cosmopolitan. A mention of In Transit (1988) will see short story aficionados will bow their heads. She is a great writer and all of her collections are strong. The Cost of Living (2009) is particularly interesting as it is a late volume of early and uncollected stories which offer more pieces of a quite remarkable puzzle.

Alistair MacLeod Among my most treasured possessions is a first edition of The Lost Salt Gift of Blood, published by Ontario Review Press in 1988. These are stories which recall the genius of Katherine Mansfield. It could be one of the finest collections of short stories published. A later volume, Island – The Collected Stories, published in Canada in 2000, brings together all 14 of MacLeod’s stories. His only novel, No Great Mischief, won the International IMPAC Dublin Literary Award. Haunting and powerful, and always with a touch of elegy, MacLeod’s stories possess an emotional force that really do take one’s breath away. It is rare to see such an unforced balance of instinct and wisdom.

Margaret Atwood Atwood is a playful truth-teller. At times her questing, provocative intelligence and assiduous research overpower her fiction. Even so, for all her cleverness, Atwood displays a touching vulnerability in Cat’s Eye (1988), her least political, most personal and finest novel to date about an artist whose forthcoming retrospective also causes her to revisit her earlier life. By far and away my favourite Atwood novel, this is a novel to read and if you already have, perhaps now is the time to return to it.

Eric McCormack Looking for something wonderful, completely different and fresh? Try Inspecting the Vaults (1987) by Eric McCormack. While not completely Canadian, it is certainly influenced by Canada, as McCormack was born in Scotland but educated in Canada – and Canada has certainly welcomed and nurtured writers from elsewhere, such as Michael Ondaatje, Rohinton Mistry and Josef Skvorecky, who has established a literary centre in Toronto. These are curious tales from McCormack.

Matt Cohen While he has several novels to his name, it is Cohen’s short stories, such as Café Le Dog and particularly the Living on Water (1988) collection, which represent his best work – Racial Memories, a story about a not-so-classic Jewish family is included, as is Lives of the Mind Slaves.

Dennis Bock Olympia (1998) follows Peter as he revisits the lives of not only his sister and her experiences as a gymnast hoping to compete for Canada in the 1980 Moscow Olympics, but of his German grandparents, both Olympians during the Hitler years and also of his own father, a yachtsman, who came fifth in the Rome Olympics in 1960. This is a quiet novel of immense integrity; this is how good understated Canadian writing can be.

Carol Shields Born and raised in Chicago , Shields moved to Canada in 1957 and became a Canadian writer – did someone mention Saul Bellow who followed the reverse order; he was born outside Montreal and grew up in Chicago? The Stone Diaries (1993) won Shields the Pulitzer Prize is 1995, and her powerful leave-taking is Unless (2002).

Guy Vanderhaeghe Author of a brilliant collection, Man Descending (1982), as well as two other volume, and of the novel The Englishman’s Boy (1997), Vanderhaeghe merged the American and Canadian West with Victorian England in The Last Crossing (2002), an ambitious and far-from-quiet tour de force. Bursting with life, it’s a generous, wayward yarn and proof that Canadians can scratch at the secret heart of the Western, a sacred genre – but then I am biased . . .

Patrick De Witt Okay, so it does take a Canadian to write a truly great Western novel of daunting, surrealist panache and rooted in unwavering empathy – and that just about sums up the dark, profound achievement which is The Sisters Brothers (2011). His new novel, Undermajordomo Minor, will be published in August.