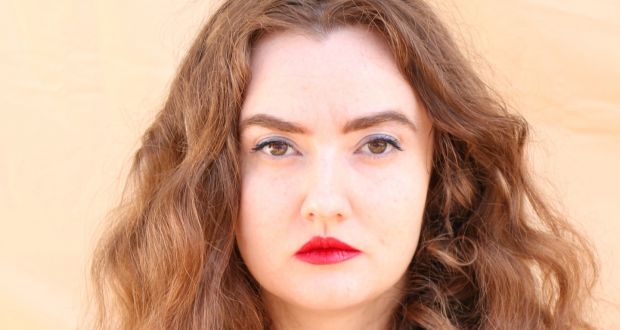 In the American author John Irving’s novel of “terminal cases”, The World According to Garp, the titular protagonist writes: “There are always suicides upon people who are unable to say what they mean.” It is a line that could easily be found in Tiffany McDaniel’s new novel, Betty, a brutal and moving story about the legacy of abuse passed down through generations and the power of words to stop the cycle.

At nearly 500 pages, Betty is epic in scale as it charts the coming of age of a mixed-race girl from rural Ohio. It is the first book McDaniel wrote, nearly two decades ago at the age of 18, but it failed to find a publisher because the material was considered too dark, too personal and too female. Instead the Ohio author’s debut was The Summer that Melted Everything (2016), a gothic tale that divided critics but won over readers to become the recipient of the Guardian’s Not the Booker Prize.

Betty, McDaniel’s second book to be published, is a fictionalised account of the author’s real-life family story, with her mother Betty at the centre of proceedings. It is an insightful book that takes on sexual abuse, racism, sexism and suicide and weaves them together into a compelling narrative.

The book, set in the foothills of the Appalachian mountains, in the fictional Ohio town of Breathed, mostly unfolds in the 1960s as Betty, the fourth of six children, comes of age. Time is well handled: early chapters vividly show the strange, violent beginnings of Betty’s parents’ relationship. Her mother, Alka, a white woman, pursues intercourse and then marriage with Landon, a Cherokee Native American who works in the mines.

Landon’s relationship with his daughter Betty is the heart of the book, an endearing buddy storyline that brings much-needed relief to the grim content elsewhere. Betty is a brave and curious child with an affinity for both her Cherokee heritage and the natural world. This is related by McDaniel in startling, memorable prose: “What I saw in me was my father. The same black hair, the identical full brows. I had his strong jawline and nose. He would say the bones in our cheeks were the leg bones of the first deer.”

The father’s knowledge of the healing properties of nature is another interesting facet, with Betty often repeating his sage advice to herself: “For affliction of eyes,” I spoke to my reflection, “take black gum bark and grind it.” The destruction of the Cherokee people and their culture by white America is also deftly woven into the narrative without ever seeming preachy.

McDaniel draws a line from this cultural rape to the history of sexual abuse within one family. To say too much about these incidences would detract from the plot, but abuse and mental health issues are passed down through the generations like a grenade. Betty’s elder sister, Fraya, tells her at one point: “I know how all the ghosts have been made.” It is a stark, unsentimental line that sums up the legacy of abuse. The ghosts in the nursery of the Carpenter family are alive and well.

With its troubling subject matter, emotional punch and the backdrop of racism in mid-century America, Betty has echoes of Alice Walker’s The Colour Purple. McDaniel’s writing, however, lacks the rigour of her predecessor. The heavily lyrical style misfires at times: “In my mind, she was the girl born on a staircase who then became a woman torn between taking a step up into the light or a step down into the dark,” Betty says of a sibling. These kinds of descriptions occur frequently and result in an overly long novel.

Melodrama is another issue. What happens in real life can be less believable in fiction, and the book suffers from a tendency to run the dramas into each other. Proverbs from the Bible seem an odd start to each section (in a book that is not religious in other respects), but sometimes they ring alarmingly true: “There shall be weeping and gnashing of teeth” (Matthew 8:12). In Betty, this is an understatement. As the litany of abuses piles up, the book veers more towards Flowers in the Attic than The Color Purple.

What saves Betty from a total descent into melodrama is the very serious intent that underpins each section. McDaniel is never flippant with her themes or characters. Each of the siblings is vibrant in their own right, and the parents in particular are believable, fully rounded creations. Readers may be shocked at the details of abuse within the family, but it is the broader culture of sexism and racism in small-town America that stays in the memory. Betty is not an easy read but it’s an important book that seeks to free those in the present from the injustices of the past.