All We Shall Know review: No flash in the pan 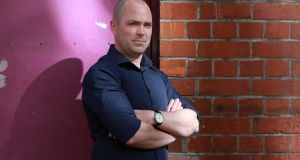 Book Title:
All We Shall Know

Donal Ryan’s fourth work of fiction in as many years shares some trademarks with its predecessors: short, brilliantly colloquial, lyrical, sometimes brutal. The universe is small-town and rural Ireland in a state of postmodern decay, peopled by the sad, the no-hopers, the binge drinkers. Bankrupt builders visit Latvian prostitutes in Limerick motels; threatening vigilantes patrol grass-grown housing estates; implicit violence hangs in the air and often bursts into reality.

But in some ways All We Shall Know is a new and ambitious departure: a story told from a woman’s viewpoint, where thwarted love drives the action rather than the search for drug-fuelled oblivion. Where it works, the novel exerts a powerful grip; even where it falters it remains in the mind. There is also a new (and not altogether successful) element that suggests an older Irish trope: faery lore.

The protagonist’s name, Melody Shee, flags it up, and Mary Crothery, the Traveller girl whom she adopts as a kind of alter ego, possesses the gift of second sight. Melody’s trafficking with Travellers, to the horror of friends and family, provides the central thread; indeed, from the beginning we know that she has, in a sense, stolen a child. At 33, locked in a childless and angry marriage, she has become pregnant by a 17-year-old Traveller boy and is living as a kind of outcast.

That her young lover was also her pupil, and that she was teaching him to read – “All he brang home from school was nits” – suggest an echo of Notes on a Scandal, Zoe Heller’s alarmingly polished psychodrama. But Melody’s world is closer to that of a Marina Carr play, with its lurches into Grand Guignol and jarring flourishes of language.

Melody’s middle-class background and her university degree equip her to visit Kiltartan Cross and think of WB Yeats, to think in phrases such as “he was unable to decipher the algorithms of her” and to picture the Travellers in a sort of Synge-song: “I admired the sway of her, the queenly straightness of her back, the sceptred sureness of her step”.

More convincing are the memories of screaming rows with her estranged husband and the uncontrollable torrents of abuse unleashed between them. In more ways than one she is a woman who has lost the run of herself.

The action of the novel is patterned against the progress of her pregnancy, which imposes a kind of inevitable progress towards a denouement. At the same time, through teaching Mary to read, Melody is drawn into the complex world of the halting site, with its network of families, gladiatorial feuds, councils of war, flights to “the ferry” for England and “tarmacaddinin”. The representation of the Travellers treads a narrow line that sometimes teeters towards stereotype but somehow evades it, as do the reactions of Melody’s gentle, bemused father:

“You could bate a Traveller all day long. You could saw off his arms. He’ll stay coming at you till there’s one of you dead.”

“Is it the same little tinker lad you do have all the time?”

“Oh ya, Traveller. Lord, everyone is gone fierce particular about what they’re called these days.”

Melody’s instability, rages and savage outbursts hark back to her long-ago betrayal of a childhood friend, for which expiation must be done; the novel moves towards a conclusion where forgiveness and redemption feature more optimistically than in Ryan’s earlier work, suggesting the world of Sebastian rather than Kevin Barry. The parallel structures of the novel are laid before the reader.

Mary is also the survivor of a passionate, confrontational and childless marriage. Her destiny and Melody’s final act of grace suggest a completed symmetry that does not carry full conviction, seen against the savage, ragged and unforgiving world that both women have inhabited.

But the novel, written at white heat in sentences that sometimes flow for a full paragraph, reads compulsively and is delivered with an impressively disciplined power. Ryan’s rise to prominence may have been meteoric and his output dizzyingly prolific, but he is a writer who is very far from being a flash in the pan.

Roy Foster’s most recent book is Vivid Faces: The Revolutionary Generation in Ireland, 1890-1923