Unheralded leaders of the Rising take their places alongside Pearse, Connolly and Plunkett 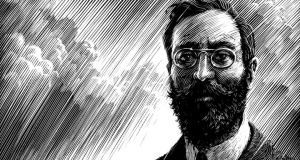 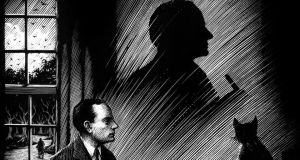 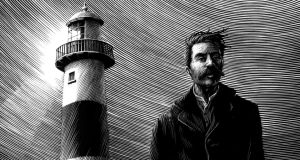 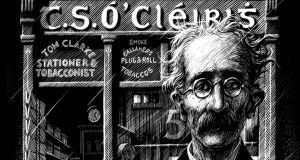 In retrospect, it seems remarkable how much of the iconography of the 1916 Rising came to fix itself on the figures of the seven signatories of the Proclamation. Even leaders prominent enough to be executed, such as Con Colbert and Michael Mallin, got little attention beyond having their names attached to railway stations. 1916: Portraits and Lives, edited by Lawrence William White and James Quinn, with an illuminating introduction by Patrick Maume and superb drawings by David Rooney, will surely end that neglect once and for all. Unheralded figures such as Peadar Macken, Mary Perolz and Walter Edgeworth-Johnstone take their places in the tapestry alongside Pearse, Connolly and Plunkett.

The idea is simple enough: 42 biographies of people involved in the Rising are drawn from the RIA’s massive Dictionary of Irish Biography. But the lovely thing about biography is that individual lives are almost always more complex than grand national narratives. The ironies and complications of Irish political identity at the time are not flattened out.

John Bowen-Colthurst, the army officer whose murder spree took the life of Francis Sheehy-Skeffington among others, was regarded as a mere “hot-headed Irishman” by General John Maxwell. Winfred Carney, James Connolly’s right-hand woman and a lifelong republican socialist, later married George McBride, who had joined the UVF in 1913 and fought throughout the Great War. Mallin, whose heart-rending letters to his wife before his execution are reminders of the human tragedy of the Rising, suffered from malaria contracted in 1897-8 when he was in the British Army helping to suppress a rising in India.

There are magisterial entries here, such as Joe Lee’s brilliant summing-up of Patrick Pearse, but never at the expense of liveliness. There is room for a surprisingly, if deliciously, racy tone. Bridget Hourican’s entry on Vicount Wimbourne, lord lieutenant in 1916, quotes Lady Cynthia Asquith’s disapproval of his womanising, suggesting that he “really ought to restrain himself with the natives”. Margaret Skinnider, who was the most seriously wounded of the female rebels, boasted that she could pass for a boy “even if it came to wrestling or whistling”. The O’Rahilly told his children, in relation to his home town, that “If I had stayed in Ballylongford I would have taken to drink.” Less colourfully, the intimate relationships between figures like Elizabeth O’Farrell, Kathleen Lynn and Helena Molony and their respective female partners are properly acknowledged.

The vividness of the entries is echoed in Rooney’s black-and-white portraits. Bold enough to be have something of the iconic, they are also quirky enough to avoid the bombastic. A serene cat sits on the table while Pearse writes, the shadow of his projected self looming on the wall. Big boxes of Jacob’s biscuits frame Michael O’Hanrahan in the factory. Abstract spirals of gunsmoke whirl around James Connolly’s chair at his execution. In Tom Clarke’s portrait in front of his tobacconist’s shop, we can just make out a board advertising, of all things, London Opinion.

Tiger King: Before long I was calling myself Pat Exotic, Cat King of Marino
2