How many people manage to stick to their New Year’s resolutions beyond the first week of January? A few determined souls who are going for broke with an idea or a life change in 2015 tell us their ideas

Hugh Travers: writing Hunger, a sitcom about the Irish famine

Caitriona Giblin: starting Dublin Bodypainting Jam, which will see models volunteering their bodies as a canvas for artists, with the results then being photographed for posterity

From script to screen

Travers has already achieved plenty – both as part of the White Label theatre collective and on his own steam – but he is now writing Hungry, a sitcom about the famine commissioned by Channel 4.

The 31-year-old Dubliner began writing in college, and got a film scholarship at UCLA. His play Lambo was adapted for an award-winning radio production earlier this year. Hungry came about after Channel 4 read one of Travers’s other scripts and gave him an open commission for a sitcom. “Any idea I wanted – which was a massive opportunity and at the same time, seriously daunting,” he says.

Why the famine? “Well, they say ‘comedy equals tragedy plus time’,” he says, laughing. “I don’t want to do anything that denies the suffering that people went through, but Ireland has always been good at black humour. We’re kind of thinking of it as Shameless in famine Ireland.”

He’s also working on another sitcom, The Players, as well as developing a feature, Over the Bar, which recently made The Brit List of the best unproduced scripts circulating in the film industry. 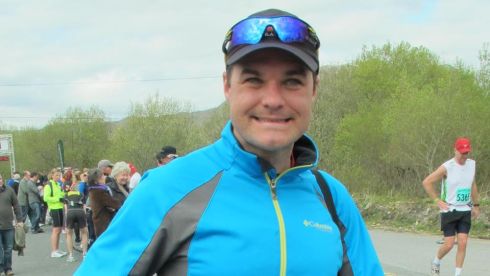 Getting a running business running

Senyk grew up in Adelaide dreaming of competing in sailing at the Olympics; it wasn’t until later in life that he came to running. Since then, he has competed in countless marathons and ultramarathons around the world, and plans to run the Hong Kong marathon in January – just after opening his own running shop.

Over the years, Senyk has spent time living in Sweden and Los Angeles, but came to Ireland seven years ago when he met the woman who would become his wife. The past 6½ years have been spent working in Runways on Dublin’s Parnell Street, but now he is moving into business ownership with RunLogic, a combined running store and café in Temple Bar.

“It’s really daunting,” he says. “But after running the Berlin Wall 100-mile race last year, I realised that it’s much like preparing for another ultramarathon. I finished 12th and realised I had the stamina and persistence to maybe start a business.”

The shop and cafe will employ three people to start with. “I see the business growing by spreading the running culture through food, healthy programmes and events,” he says. To bodypainting and beyond

After being made redundant twice in the past three years, 31-year-old Dubliner Caitriona Giblin decided to take matters into her own hands. Her new business venture is the Dublin Bodypainting Jam, which sees models volunteering their bodies as a canvas for artists, with the results then being photographed for posterity.

“I’d worked as a make-up artist part-time since I was in college, on and off,” says Giblin. “About five years ago, I saw something on Facebook that was looking for bodypainting artists for the World Naked Bike Ride in Cork, no experience required. I went down, had an absolute blast, made lots of new friends and have never looked back. They were extremely supportive when I said I wanted to start something similar in Dublin.”

The first trial event in May drew 54 people; Giblin plans to “kick it up a notch” by hosting bimonthly gatherings at her studio in The Back Loft in 2015. “If there are any artists who’d like to try it out as a new kind of canvas, they should try it once. You’re creating a walking and talking piece of art. It’s so cool, and so much fun.” 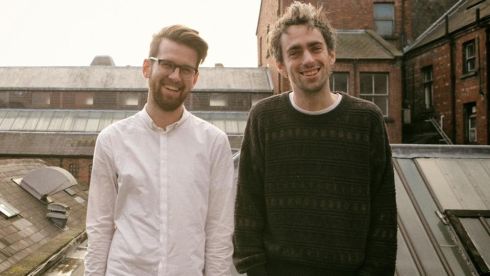 Setting up a record label when the music industry is in flux might seem like a risky move, but since Jack Rainey spent several years working in a global insurance company in New York, “dealing with high-exposure risks”, he is well-equipped to assess the variables. The 25-year-old Dubliner and his business partner Dan Finnegan (also 25) have quit their day jobs to launch Paper Trail Records, a label and music management company.

“Traditional business models in the music industry have always tried to separate functions as much as possible, which ends up splitting profits, creating more middlemen, and generally making things incredibly difficult for emerging artists,” says Rainey. “We’re trying to cut out as much of this as possible.”

The duo launch their platform early next year with a release by LA-based musician Cloud, and are already on the hunt for artists. “It’s definitely a risk, but so is setting up any new company,” says Finnegan. “We want to be different and spread positivity, even in an industry in flux.”

“It’s the right time in some respects, because we’re at the age to do it,” adds Rainey. “I don’t want to look back in 10 years’ time and regret not trying to do something with my real passion.”

Since opening in a tiny premises under a short-term lease in Temple Bar in June 2013, the Staple Foods empire has grown exponentially. Earlier this year, owner Kevin Mulvany moved his health food-oriented café/restaurant a short distance across the cobblestones to a bigger premises at the Button Factory, where it maintains a brisk daytime trade for its salads, sandwiches and juices. On January 2nd, a second (licensed) Staple Foods restaurant will open on Grattan Street and will offer an evening menu of similarly health-oriented fare.

Dubliner Mulvany quit his job in investment banking to work in the health-food industry. Stepping up from the original premises to the cafe was a massive struggle. “I’d never really run a team of people or managed a restaurant, so it was a big learning experience,” he says. The new restaurant will have seating for up to 40 people. “It’s a huge risk, but I got offered a really good opportunity with the property, so I’m just going for it. We’re really busy in Temple Bar, so that gives you a bit of confidence,” he says. “It’ll be at least six months before I can do anything else, but I have a business partner and our goal is to have at least one or two more branches before the end of the year.”

LAST YEAR’S GROUP: HOW DID THEY FARE?

Placing queerness at the heart of the Irish emigrant experience

The Music Quiz: Which Annie Lennox song features in The Sopranos’ first episode?

Plus: Taylor Swift merges with Olivia Rodrigo, and a Star Trek-Bangles connection

4:01 'This is my armour': Dublin's drag queens on another virtual Pride