Opinion: There is pressure on the taxpayer, but there is now support for organisations’ own fundraising efforts 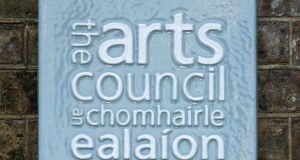 It has been a challenging time for arts organisations and artists, both affected by the downturn. I have always been a strong advocate for the arts and believe deeply in their value. As Minister, my approach is to be pragmatic in the way I allocate funding, and champion appropriate reform and new ways of thinking. This is for the long-term good of the sector and, ultimately, society.

Funding is the one issue that is most frequently raised with me. The arts need support and the majority of this comes through the Arts Council. Like every other Minister, I have less to allocate to the agencies and institutions under my department’s wing. Just as with spending across the board, funding to the council has fallen since 2008.

This year, it will receive almost €57 million. This is not, of course, the entire level of taxpayer support for culture. For every week of this year more than €2.3 million will be allocated from core funding to agencies and institutions – including the Arts Council and Film Board, museums, galleries and libraries – for the promotion of art, culture and film.

Is this enough? No. Would I like it to be more? Yes, and as things improve I hope that we can start to grow funding. Right now, however, the only way I could restore Arts Council funding to boom levels would be to take money from other institutions. That would leave that institution – perhaps the Film Board or National Museum, already with reduced budgets – in a much more perilous state.

Maximum allocations
Like every Minister, I make the best call I can with the money I have. The maximum allocations possible are made to the Arts Council, the Culture Ireland unit of my department, and the cultural institutions. But alongside direct support we are using other methods to enhance the sector, such as improving the tax code to support film production and jobs and investing in infrastructure.

This includes, for example, the €26 million project at the National Gallery which just started, the most significant restoration of this world-leading gallery in 150 years.

Of course, the fact remains that arts organisations need more funding. There are many calls on the taxpayer. What do we do?

An obvious response is philanthropy. While The Irish Times recently described this as a “fixation”, I wouldn’t put it in those terms myself. I am, however, unapologetic about the extent to which I have encouraged arts organisations to proactively seek out private sources of funding for their work.

With pressure on the taxpayer, and a public with less to spend on cultural activities, it’s important that organisations build a relationship with private funders.

This does not mean public funding of the arts will end. It simply acknowledges that organisations need both public and private support. Groups such as Business to Arts have been working on this for many years. With my support the Arts Council’s Raise programme is building up fundraising skills. This is positive. Failure to support the development of philanthropy today risks a weaker arts sector in future years.

Economic benefit
There has been some criticism about the way in which the arts are sometimes linked to the economy. For me, this is quite clear. The arts raise both the individual and society itself. They foster a creative, thoughtful and inquisitive country, and teach us about ourselves.

This belief is one of the driving forces behind the Arts in Education Charter that myself and Minister for Education Ruairí Quinn have prioritised.

Is there also an economic benefit to artistic activity? Yes. The arts support thousands of jobs, attract people to visit our country and contribute hugely to how Ireland is viewed internationally. Visitor numbers to the national cultural institutions are strong. The way in which Irish arts are viewed on the world stage supports our trade and tourism objectives.

Put simply, we must never lose sight of the intrinsic value of the arts, but we mustn’t shun their economic importance either.

Vibrant arts communities also define how towns and cities are viewed. They put places on the map. Galway and Kilkenny, for example, are well known for the arts. We need more of this, not less, in the period ahead. The City of Culture initiative will promote the vibrant – but different – arts scene that is found in towns and cities across Ireland.

Every sector has been challenged in recent years; this is as true for the arts as all others. While increases in funding are linked to continued economic recovery, I am very optimistic for the future – for artists and organisations, for those we are encouraging to get involved and express their creativity, and for the economic contribution the sector will make.

Jimmy Deenihan is Minister for Arts, Heritage and the Gaeltacht

‘Do I really care?’ Woody Allen comes out fighting
10