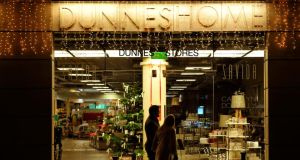 In its determination, an Employment Appeals Tribunal said the sale of alcohol policy was taken “very seriously” within the store. Photograph: Aidan Crawley/The Irish Times

A Dunnes Stores worker who was sacked after selling wine to a 16-year-old has been awarded €16,000 as a result of an unfair dismissal claim.

The incident in question occurred in the company’s St Stephen’s Green Shopping Centre store in May 2013, when till operator Anna Perenc sold a bottle of wine to a minor who was attempting to purchase alcohol as part of a Garda sting operation.

Ms Perenc was immediately visited by a garda. She said she was “shocked” and realised the seriousness of her mistake when formally cautioned.

The worker then attended a number of investigatory meetings with Dunnes management, and was formally dismissed within a week.

In its determination, an Employment Appeals Tribunal which heard the case earlier this year said the sale of alcohol policy was taken “very seriously” within the store, with reminders everywhere and a double-prompt function programmed into the tills whenever someone attempted to buy alcohol.

It was added that Ms Perenc’s sanction was “always going to be severe”, and that her situation was “extremely serious if not utterly precarious”.

She was accompanied by a work colleague during meetings with management in 2013. However, the colleague was said to have remained “mute” during the proceedings, and the Polish national’s poor fluency in English meant the disciplinary process was conducted in a “hugely unfair” manner which was “contrary to the claimant’s entitlement to a fair hearing”.

At an tribunal hearing in April the store’s human relations manager Lorna Rafter said Ms Perenc’s English language skills were a “good seven or eight out of 10”.

However, the tribunal found that Ms Rafter “seems to have been simply intent on protecting herself by ensuring the claimant confirmed that she had her training”.

According to minutes of the internal investigatory meetings which were relayed to the tribunal, Ms Perenc was said to have repeatedly answered questions with phrases such as “I don’t know how to say them” and “I do not know the question, can you say it again?”.

What’s more, an internal appeals process following the dismissal was described as a “rubber-stamping exercise” after it upheld the original sanction dealt to Ms Perenc by Dunnes.

“It is incomprehensible that the claimant would be placed at the further disadvantage of not necessarily understanding what was being said to her,” noted a ruling issued on Tuesday.

It continued: “Nothing in the notes taken at those meetings tends to suggest that the claimant was fully grasping the direction that this meeting was moving in . . . any reasonable examination of this case would have concluded that the lack of understanding on the claimant’s part had to be potentially detrimental to the finding.

“For the reasons outlined, the Tribunal cannot countenance the way in which the claimant was treated as being anything other than hugely unfair.”

It concluded that Dunnes Stores “cannot be allowed to refuse to observe fair [investigation and disciplinary] procedures”, and ordered the company to pay Ms Perenc €16,000.

The challenge of turning a crisis into an advantage