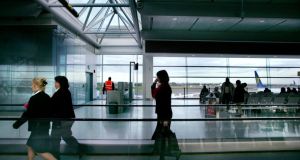 Spanish company CLH Group is to construct and operate a new aviation fuel storage facility at the airport that will increase existing capacity six fold.

The group was awarded the contract by Dublin Airport, and will invest €40 million. As part of the deal, CLH will manage the fuel the aviation fuel storage for 20 years. The company has provided storage facilities for 28 airports in Spain.

Expanding capacity will be a three-year project beginning in May, with the construction of three additional tanks to store an additional 15 million litres of aviation fuel. That will significantly expand the current 5.3 acre aviation fuel facility, which is more than 44 years old.

“This significant upgrading of the aviation fuel facility is important for the airport and our airline customers in particular,” said Dublin Airport Managing Director, Vincent Harrison. “We are building resilience, extra capacity and efficiency into our aviation fuel storage facility and future proofing it as passenger numbers continue to grow.”

The airport has added almost 50 new routes and services in the past two years, with an additional 11 set to be added in 2016.

In 2015, the airport recorded its busiest year to date, with 25 million passengers passing through.The current year is shaping up to be another period of growth, with numbers up by 17 per cent in the first two months of 2016.