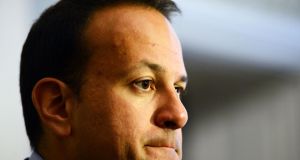 The Minister for Transport, Tourism and Sport Leo Varadkar confirmed the draft includes provisions allowing the Republic to adopt part of the Cape Town Convention, an international agreement governing aircraft leasing, that will enhance creditors’ security in an airline insolvency. Photograph: The Irish Times

Following yesterday’s Cabinet meeting, Minister for Transport and Tourism Leo Varadkar published draft legislation to establish Shannon Group, an entity that will be responsible for Shannon Airport and the regional development company.

He confirmed the draft includes provisions allowing the Republic to adopt part of the Cape Town Convention, an international agreement governing aircraft leasing, that will enhance creditors’ security in an airline insolvency.

The move will benefit both local airlines and the Irish aircraft leasing sector, one of the biggest in the world, handling an estimated €19 billion in transactions every year. It will cut borrowing costs and make it easier to raise cash.

The legislation will adopt alternative A of the Cape Town Convention into Irish law. This provides that, in the case of an airline insolvency, the company has 60 days to pay any liabilities due on leased aircraft and engines, or it must return them to the lessor.

Domhnall Slattery, chief executive of Dublin-based aircraft leasing group Avolon, which has a $5.8 billion balance sheet, said it would give such companies and the global banks that provide them with capital extra security, thus reducing the cost of raising finance. “The bottom line is that it will mean more transactions, more jobs, more professionals being involved and more capital flowing through Ireland,” he said.

‘Attractiveness of Ireland’
Jeffrey Wool, secretary general of the Aviation Working Group, a Seattle, Washington-based group whose members include manufacturers such as Boeing and Airbus, lessors and financiers, said it would move the insolvency system from one with an element of discretion to one with legal predictability. “That reduces risk to all parties to aircraft financing and leasing transactions, thus further enhancing the attractiveness of Ireland as a jurisdiction for such transactions,” he said.

Goodbody Stockbrokers analyst Joe Gill said any moves to boost the Republic’s attractiveness as a centre for aircraft leasing were welcome as the industry is facing increasing competition from other regions, particularly the Far East.

The Minister explained adopting the measure was designed to bolster the Republic’s reputation in the sector. Mr Varadkar was announcing Cabinet approval for the draft Shannon Aviation Services and Miscellaneous Provisions Bill 2013, which will create a new State entity, Shannon Group plc, if passed into law.

The law will merge Shannon Airport Authority and Shannon Development and the Shannon Free Zone land into the new company, which will work with the IDA and Enterprise Ireland to develop an aviation services centre.

Mr Varadkar said yesterday he was convinced that “with strong implementation we can create a world-class cluster in this region and help create the growth and jobs we need”.