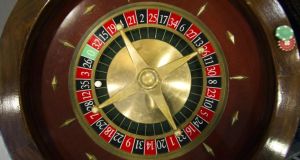 While the federal ban on online gambling remains, there is nothing to stop individual states legalising the activity, once it remains within their own borders and does not cross the line into other US states.

Yesterday’s Financial Times reported that the US states that are legalising online gambling want to link up with other countries to create a global market of regulated internet betting jurisdictions.

While the federal ban on online gambling remains, there is nothing to stop individual states legalising the activity, once it remains within their own borders and does not cross the line into other US states.

Many of them are doing so. New Jersey, Nevada and Delaware have legalised online gaming, limiting play to residents of their individual states. Pennsylvania, California and Illinois are exploring the idea.

New Jersey’s legislation allows for “compacts with foreign countries”, that is, jurisdictions outside the US. Illinois has such a provision in its proposed legislation and operators in Nevada are pushing to have that state’s laws amended to allow for international agreements.

The logic behind this is obvious – liquidity is key to betting markets, and to making money from them. Individual US states may not have huge populations themselves (Illinois has 13 million people, one-fifth of the UK or France ), so the answer to their liquidity problem lies in tapping into a global market beyond US borders. This could be good news for European operators, to whom the US is closed, including Irish players such as Boylesports and Paddy Power – which has pre-approval for a licence in Nevada – as it could open a way in to the market, or at least parts of it.

However, the Republic itself is likely to be left out of the party. While online gambling is legal here, it is not regulated. The only real legislative recognition of the activity is in a Bill extending the 1 per cent betting levy to the internet.

There is no formal regulatory structure. Irish companies that offer internet betting are licensed in the Isle of Man or Channel Islands, part of the UK, or other European countries, so they can offer their products in those markets. Their operations are based here and they have traditional bookmakers’ licences for their high street businesses.

Given the federal attitude to online gambling, US states are only likely to enter into agreements with jurisdictions with formal – more than likely statutory – regulation.

Any jurisdiction with this, and with an agreement with one or more US states, will suddenly become a very attractive location for European online gambling companies keen to tap into the American market. But as things stand, they won’t be betting on the Republic.