Stocktake: should we bet on 'cheap' Brazil?

Emerging markets look cheap, we’ve noted recently, but some – like Brazil – are cheaper than others. 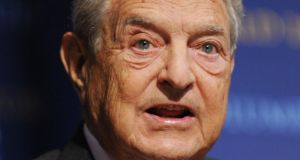 The Bovespa fell 18 per cent between September and early February, and now trades on a cyclically adjusted price-earnings (Cape) ratio of less than 10 – less than half that of pricey countries like Mexico, Indonesia, the Philippines and Colombia.

That indicates it’s a great long-term bet, but Cape is no market-timing tool.

However, the Bovespa may also be a good trade. As the Paststat blog found last year, there have been 23 occasions since 1995 when the index lost more than 20 per cent over the previous six months.

Six months later, it was higher on 21 occasions, with average gains of 30 per cent and median gains of 28 per cent.

Within 12 months, it rose 19 times, with average and median gains of 53 per cent and 65 per cent respectively.

His Quantum Fund has earned $39.6 billion for investors since 1973, just ahead of Ray Dalio’s Bridgewater fund, says London-based LCH Investments.

Dalio manages $79 billion, $50 billion more than Soros, so even small percentage gains add billions to his returns. No other investor comes close. Next on the list is John Paulson with $25 billion. The bulk of that came from one incredible trade, Paulson netting $15 billion after betting against subprime in 2007. Paulson’s main fund halved in 2011.

However, Soros (83) has been winning for decades. Quantum returned more than 4,000 per cent in the 1970s. Then there were the famous bets against the Bank of England in 1992 and against Asian markets in the late 1990s, helping Quantum to secure average annual returns of over 30 per cent between 1973 and 2000.

Spooked by the financial crisis, he came out of retirement in 2007, netting a 32 per cent return. He turned bullish in 2009, helping Quantum to its best-ever year. His secret?

Soros has a dodgy back: when he feels acute pain, he once admitted, it’s a signal his trades need tweaking.


Markets eye new highs
Oversold markets have bounced back, most indices enjoying a quick jump of 5 per cent or more. What’s next – further gains or another bout of selling?

The former, says Jason Goepfert of Sundial Capital Research. The S&P500 sell-off was abrupt, he notes, going from a 52-week high to a multi-month low in less than two weeks. That’s happened eight times since 1928. Three months later, the index was higher every time, averaging 8 per cent gains, with new highs typically seen within two months. The lesson: “Quick price shocks to a momentum market rarely lead to sustained selling pressure.”

33
Twitter’s price/book ratio, even after a recent one-day fall of 24 per cent, is more than any other US internet stock and three times that of
Facebook.

43
The top 20 hedge funds have made 43 per cent of all the profits ever made by the industry, according to LCH Investments.

1 Bank leaked my loan request to family who tried to rip me off
2 EU and British positions harden ahead of Brexit talks
3 Ryanair and Aer Lingus monitor impact of coronavirus on travel to Italy
4 Boris Johnson's new immigration regime will damage much more than industry
5 Over $12m from sale of Walford handed over in Sean Dunne bankruptcy case
6 UK lays down red line for Brexit trade talks
7 Mastercard to create 1,200 new jobs by expanding base in Dublin
8 Ownership row over properties threatens €5.1m sale, court hears
9 Bank of Ireland to sell distressed mortgages and cut costs as profits fall
10 Digicel’s earnings rise as it looks towards refinancing $1.3bn of bonds
Real news has value SUBSCRIBE
Save money on international transfers