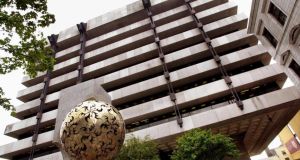 Irish banks are beginning to make deals with holders of unsustainable mortgages, but tell nobody – it’s a secret.

In their continuing struggle to deal with an enduring crisis, some lenders are conducting discrete negotiations on mortgage restructuring under the protection of strict confidentiality agreements. In some corners, it would appear, the financial regime is moving underground.

The problem is that the nature, extent and reasoning behind this non-disclosure approach remain unclear because it is just that – confidential.

Pressure to come clean
Pressure, however, is now being placed on the institutions, most notably from the vocal corner of the Oireachtas Joint Finance Committee, to come clean and explain exactly how these deals work in practice.

Banks, or at least those which adopt such an approach, are reluctant to clarify exactly what goes on behind closed doors, leading many to fear that a template for deal-making is being forged that will all but rule out transparency and cast doubt over the banks’ ability to apply equitable solutions to the thousands of people seeking relief.

The recent reshaping of the Central Bank’s code of conduct on mortgage arrears addresses the issue, but only in the sense that it expects banks to lay out the terms and conditions of such agreements before customers sign on the dotted line.

Such an approach is entirely legal but it raises the question – is your next door neighbour getting the same deal?

“The concern is: who is benefiting from them being confidential?” says Labour deputy and finance committee chairman Ciarán Lynch, who recently raised these concerns with the Central Bank.

“In the first instance, I don’t think the banks have given a good explanation as to why they were using these clauses anyway.

“What level of oversight is actually there to make sure that these resolutions are fair and reflective of other resolutions to similar difficulties? The confidentiality clause keeps [the banks] in the driving seat.”

Mr Lynch says a further concern is whether or not the deals are precluding the debtor’s ability to avail of insolvency legislation.

These are all questions the individual banks are likely to be faced with when they next appear before his committee, most likely this September.

In a letter to Central Bank governor Patrick Honohan last April, he argued that such a practice gave the financial institution an overriding advantage in the process.

“It can impose any condition, however stringent, safe in the knowledge that the other party may never reveal what has transpired,” he wrote.

Case by case
The Central Bank’s position is that simply restricting the practice is not within its powers and would interfere with freedom of contract.

In its response at the beginning of last month, it said it had written to mortgage providers to seek clarification “on all aspects” of the process and had even requested copies of those contracts that have been used to date.

As regards the extent of the activity: “It would appear that not all of the covered banks are using confidentiality agreements. We are, however, still awaiting further information.”

Immediate disadvantage
“In cases where the bank agrees a settlement, then a specific settlement agreement is drawn up which includes a confidentiality clause,” it said in a statement.

“This is incorporated in all settlement agreements prior to the signing of any settlement case.

“The bank always recommends that customers seek independent advice prior to entering into any settlement agreement.”

Noeline Blackwell of the Free Legal Advice Centre (Flac) is worried by this trend. She points out that the banks are fully prepared to enter negotiations in secret but the people who feel forced into that situation are not aware of the system or the choices they have, putting them at an immediate disadvantage.

“They don’t even know what the run of options open to them is. There is no such list,” she says, lamenting the lack of a system to compare the policies of lenders against each other.

“Even if they offer you a solution, you have no idea if that is normal. People phone us up and what they want to know in this area is if what the lender is offering is normal.”

It is a virtual pin the tail on the donkey approach to resolution.

“Confidentiality agreements are to suppress information coming out as to what is the norm. Nor do [banks] want you to know that, if you just pushed a little bit harder, you could have got a more advantageous arrangement.

“It’s quite legal. It’s a deal you come to and you don’t have to take it but it might be the only way they will give you an agreement. They might say, ‘if we write off some of the debt, it has to be on this basis’ but we have no idea if they are even writing off debt.”

Much like Flac, the Money Advice and Budgeting Service (Mabs) says that what it has heard it is purely anecdotal. However, it says, the upside is that the existence of secret deals being cut appears to point to settlements being made in favour of the borrower and not the lender.

Veils of secrecy
Michael Culloty said it suggested that banks were happy to write off the debt of smaller holders but not of larger ones. A lapse in strict confidentiality may more clearly define the difference in where or with whom banks are or are not minded to reach agreement.

Those receiving deals are, even hidden under veils of secrecy, “probably receiving more forbearance than is generally available. Maybe there is another rationale but I can’t see one”, he said.

“Banks don’t want very good deals to become common currency. If it is a very severe deal, why would they want to hide it unless it’s very draconian, and I don’t think that is the case.”

1 Moving in and out of lockdown is a recipe for economic disaster
2 Viacom and CBS mogul Sumner Redstone dies aged 97
3 Shed Distillery in Leitrim to open €3m visitor centre next month
4 Buying a second home now that we work from home
5 Revised help-to-buy scheme opens for applications
6 Objectors stall production of enough timber for 5,000 houses
7 UK tips into deepest recession on record after 20% contraction
8 AIB concedes Covid mortgage policy was ‘regrettable’
9 Divorce: What will it cost and can you afford it?
10 MSD buys Takeda biologics plant in Dunboyne
Real news has value SUBSCRIBE
Save money on international transfers