How much life insurance is enough?

Start by figuring out what you can afford and how long you will need it for, and then work out the sums 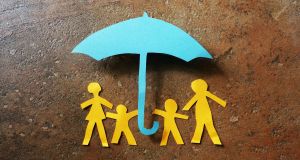 If there are significant others and/or dependents in your life, it’s worth taking the time to consider how they will be protected financially if you die

It is a conversation most of use would prefer not to have, but if there are significant others and/or dependents in your life, it’s worth taking the time to consider how they will be protected financially if you die.

Maybe you have no cover in place, or maybe you have some but are unsure if it’s enough. You might even have some you don’t know about. But how do you know what you might need?

Take a look at the step-by-step guide below and take a few minutes to sit down and consider how much life insurance you might actually need.

Work out what you can afford

Where it does get expensive is when you’re looking for larger amounts or add-ons such as critical illness.

Nick McGowan of McGowan Insurances has some advice: “Regardless of how much coverage a rule of thumb says you need, the most important factor is how much you can afford.”

If the sums show you need cover worth, say, €500,000 but would struggle to meet the monthly repayments, McGowan urges caution.

“There’s no point taking out a level of life insurance that you will struggle to pay each month. Life insurance should give you peace of mind, not be a source of worry,” he says. “Don’t live like a pauper now so your family can live like kings when you’re gone!”

It’s useful to consider this at the start of the process rather than at the end, when fear might make you take out cover you can’t actually afford.

Consider the term you will need

This may traditionally have been until they reach 18, or the age at which they finished college, many people now look to have cover in place until the children are in their mid-20s, as younger people take longer to get established in the workforce.

So, if you have two children under the age of five, this means you may be looking at a term of 20 years. If they are closer to 15 on the other hand, a term of 10 years may be sufficient.

However, clearly the earlier you die, the more money your family might need to replace the money you brought home each month.

“All things being equal – ie income, retirement age – if you die at 30, you need to replace an extra 10 years income than if you die at 40 because at 40 you’re 10 years closer to retirement,” he says.

Another way to consider it is to work out your monthly expenses – which may increase in future years with college fees etc – and multiply these by the years of cover you will need.

And you might be surprised by the outcome. Charles notes that a €200,000 payout for a family with monthly bills of €3,000, for example, would last for less than six years.

With growing numbers renting, it is important to bear in mind that people can expect to have ongoing rental costs. This is unlike when people own a property. Mortgage lenders will insist that homeowners take out life insurance to cover the sum borrowed.

The upside, in a worst-case scenario, is that the policy will pay off any outstanding mortgage when an owner dies, meaning one less financial worry for family left behind. Generally, such policies pay out on a first death basis in the case of joint owners.

As Charles notes, there is no specific rental life cover to use on that basis. So if you expect to be renting long-term, make sure you factor the cost of this into your sums.

And remember, if you are a parent you do need life cover, regardless of whether you work or not.

“Various surveys have been carried out to show that a homemaker should “earn” around €60,000 per year for what they bring to the household – as cook, cleaner, driver, counsellor, gardener,” says McGowan. “If the homemaker died, what would happen the breadwinner?”.

Clearly, in such a scenario, if the breadwinner wanted to continue to work, he or she would have considerable childcare/ housekeeping expenses. While their property may be mortgage-free thanks to mortgage protection (see below), these additional expenses should still be considered.

“The stay-at-home parent should be insured for an amount relative to what it would cost to replace their duties,” advises McGowan. “I know that’s a very cold, logical way of looking at it but it can’t be avoided.”

However, an important point to note is that the product allows little flexibility and actually declines in line with your mortgage. So while you may have no fears of meeting the mortgage in the event of a death of a partner, there will be little left over for other expenses.

You may also find that your employer may offer you a life assurance-type policy – more generally known as death-in-service benefit, in the event of your death. So check your entitlements to this before you take out an additional insurance policy.

Death-in-service is a payment that an employer pays out to the family of someone who dies while they are still working. It is typically up to four times salary, so will go some way towards meeting McGowan’s rule of thumb for the amount of cover you need.

Consider protecting your income as well

A way of avoiding this is to consider taking out some form of income protection policy.

When it comes to protecting your income in the event that you can’t go to work, you have two options: 1) specified illness insurance; and 2) income protection.

Specified-illness (or critical or serious illness, as it is also known) can be bought as part of your life cover, which is known as “accelerated specified-illness cover”. Or separately, it pays out in the event that you are diagnosed with a specific illness covered by the policy.

Irish Life, for example, paid out more than €53 million in 2015 to more than 3,000 customers under its plans, with 19 per cent of claims paid out to those who were unable to work due to mental health. The data revealed that the average claimant age was 49 for men and 45 for women, with the average claim at €19,380 per year.

However, it is important to note that while it does offer you peace of mind in the event of a serious illness such as cancer or depression, critical illness insurance does not come cheap.

The main reason is that you are four times more likely to contract a serious illness before the age of 65 than you are to die. Naturally, insurers bear this mind when working out premiums.

Another problem is that policies vary from provider to provider, and while some may cover particular illnesses, others won’t. Aviva for example, covers 47 specified illnesses and 19 partial payment illnesses, but you can expect restrictions on some of them.

In addition, most such policies come with several caveats, which can affect the likelihood that they will pay out for you. While the insurer may offer cover for a wide variety of illnesses, the severity of the case may be a key determinant in whether or not your claim will succeed.

The other option is to go for income protection. These policies are less tied to a specific illness and hence tend to have looser requirements when it comes to paying out. Moreover, they pay a fixed income as long as the policyholder is prevented from working, which means that your total benefit may exceed the lump sum you would have received from a critical illness policy.

In addition, you will find your monthly payment burden eased somewhat as it comes with the added benefit of tax relief, up to your marginal rate.

Shop around for the best deals

Consider also whether or not you want a lump-sum or the payment to be made via a monthly income.

“Some people are uncomfortable with the idea of receiving a large sum of money that they need to invest to generate an income for the rest of their life,” says McGowan. “Monthly income life insurance suits them because it guarantees them a fixed monthly income to replace the income of the deceased.”

Zurich Life, for example, offers the option of a guaranteed monthly income from the time you die until the end of the policy term. This means that if you get a policy for 20 years, but die in the 10th year, your dependants would receive a monthly income for the remaining 10 years of the plan.

1 Lockdown exit: How can Irish economy reopen without big health risks?
2 Bank puts business owner on hold for month on Covid finance
3 Diageo withdraws full-year forecast in face of global Covid shutdown
4 Deliveroo branches into grocery deliveries in Ireland
5 Why we should be slow to use tracking apps in coronavirus response
6 Half of Irish SMEs expect revenue to fall by at least 60% in next three months
7 Government measures will ‘significantly’ support incomes, ESRI says
8 Coronavirus: The online scams, apps and trends you need to know about during the pandemic
9 Government announces €1bn in supports for businesses
10 Finance ministers reconvene amid fears for euro zone
Real news has value SUBSCRIBE
Save money on international transfers