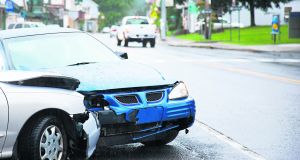 “Increasing your excess will leave you paying a little more in the event of a claim, but it can help you reduce your premiums significantly”

Almost 80 per cent of Irish motorists will shop around at the time of their next car insurance renewal in an attempt to reduce costs, according to a new survey from AA Ireland. However, the motoring organisation also highlighted that some lesser-known steps to reduce premiums are being ignored by most Irish drivers.

Just under 80 per cent of the more than 3,000 respondents said that they were likely to shop around, while a further 11 per cent said they were “somewhat likely” to do do.

“Many Irish people put a great deal of importance on being loyal to their insurer, which can over time help you make some savings on your premiums in the form of discounts. However, in the current climate, shopping around and not simply taking the renewal quote your current provider offers you is becoming increasingly important and it seems more and more of us are getting this message,” said Conor Faughnan, AA director of consumer affairs . “However, other lesser-known steps which you can take to reduce your car insurance premiums are largely ignored by Irish motorists. While increasing your excess will leave you paying a little more in the event of a claim, it can help you reduce your premiums significantly.”