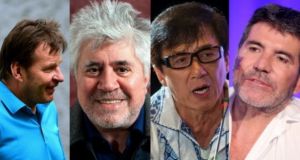 This week The Irish Times, along with more than 100 international media partners, released a range of major local and international stories based on the Panama Papers, the vast collection of leaked documents from the Panamanian legal firm Mossack Fonseca.

The stories published in the first six days have already revealed a global network of hidden assets and global tax evasion stretching back over four decades.

Among those implicated are Russian leader Vladimir Putin and high-ranking Fifa officials. Icelandic prime minister Sigmundur David Gunnlaugsson has been forced to resign and British prime minister David Cameron faces an inquiry into his failure to declare a stake in an offshore trust.

As well as being the biggest whistleblower leak in history, the Panama Papers project is a fascinating story of how modern journalism can work effectively in the data-driven digital age.

The data from which the stories were gleaned includes almost five million emails, three million database files, and more than two million PDFs. The Washington-based International Consortium of Investigative Journalists (ICIJ) co-ordinated reporters around the world, who collaborated and shared information in order to maximise the impact of the stories they were pursuing.

It began in late 2014. Bastian Obermayer, an investigative journalist with German newspaper Süddeutsche Zeitung, which had previously run a story about Mossack Fonseca, was contacted via encrypted chat by an anonymous source offering data which would “make these crimes public”. The source was willing to communicate via encrypted channels only, and refused to meet in person. “How much data are we talking about?” Obermayer asked.

“More than you have ever seen,” the source answered. Once Süddeutsche Zeitung saw some of the information, it contacted the ICIJ for help.

Headed by Tralee-born Gerard Ryle, the ICIJ is a global network of more than 190 investigative journalists in more than 65 countries who collaborate on in-depth investigative stories. Founded in 1997 by US journalist Chuck Lewis, it was launched as a project of the Center for Public Integrity to focus on issues that do not stop at national frontiers, such as cross-border crime, corruption and the accountability of power.

In Dublin, The Irish Times’s legal affairs correspondent Colm Keena, who had worked with the ICIJ on its previous LuxLeaks and SwissLeaks projects, came on board as Irish partner. Keena and hundreds of other journalists began trawling through the Panama Papers last autumn, with work accelerating as they approached the agreed worldwide publication date of April 3rd.

Keena had access to a high- security protected search engine, which ICIJ’s software developers built specially for the leaked documents. The URL for the search engine was shared via encrypted email with dozens of different media organisations, including the BBC, the Guardian and Le Monde. The site also included a real-time chat system, allowing journalists from different countries to share information and help with translations.

Using the search engine, and then sharing information of mutual interest with colleagues in Italy and Panama, Keena was able to find and verify stories such as the link between the Drumcondra-based Intertrade Projects Consultants Ltd and Finmeccanica, one of the world’s largest aerospace and defence conglomerates, which is currently involved in controversies linked to the payment of bribes in India and Panama.

The Irish Times also found documents showing a £250,000 deposit in the name of a British Virgin Islands company being used to support the purchase of a house in London by former Fine Gael strategist and Rehab chief executive Frank Flannery.

The media organisations involved in the Panama Papers do not intend to release the full dataset to the public, on the basis that this would needlessly expose innocent private individuals’ personal information.

“We’re not WikiLeaks,” Ryle told Wired magazine this week, referring to the organisation founded by Julian Assange which has previously released data in full. “We’re trying to show that journalism can be done responsibly.”

Ryle advised reporters from all the participating media outlets to “go crazy, but tell us what’s in the public interest for your country”.

It all serves as a cautionary tale for those who think they can continue to hide their secrets in obscure and secretive offshore locations. In an era when data can be downloaded and transferred with such ease, leaks of this sort are inevitable.

Encryption and anonymity tools are becoming easier to access and use, making it safer for whistleblowers to come forward. Secure collaborative systems such as the one built by the ICIJ encourage journalistic co-operation and collaboration across international borders.

Journalists can now focus on stories that matter to their own readers, while contributing also to the overall international picture.

With more than 370 reporters from almost 80 countries working together to sift through the documents and share their findings, the Panama Papers project showed this week how new technological tools and network effects are reinventing investigative journalism, making it fit for purpose in the 21st century.