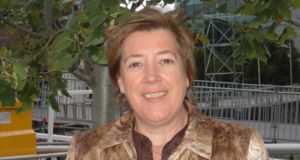 Former RTÉ head of variety Avril MacRory, now a London-based independent producer, was back at Montrose last night to give a Royal Television Society presentation on how the broadcasting landscape has changed over the course of her career. Or, as the chief executive of Silverapples Media said ahead of the event, “tonight is the night that I own up to my 82-year-old and 88-year-old parents that I produced something called Secret Diary of a Call Girl.”

The ITV2 show, which starred Billie Piper as “Belle de Jour”, finished its original four-series run in 2011 but is still clocking up international format sales and DVD sales “which we love”. It is also now available via industry-disrupter Netflix: “We didn’t put it on Netflix for a long time because, when you do that, that’s the end of your territorial sales,” says MacRory. “That’s the end of your profit line.”

For all independent companies, “whether you’re a tiny producer like me or a huge producer like Fremantle”, the major challenge now is “maximising the lifespan of your profit stream” in the face of the Netflix temptation.

MacRory, who served as commissioning editor of music at Channel 4 and later as head of music programmes at the BBC, also ran the BBC’s Millennium coverage and was co-executive producer of the Global Broadcaster Consortium from 1998 to 2000. The event united 78 international broadcasters to produce 28 hours of live celebrations, as each time zone crossed into the 21st century.

“It was a moment when public television from around the world was able to come together, and I don’t think that can happen again,” she says, noting pressures on public funding models.

Collective viewing of scheduled television has proven resilient, but “that inevitably is going to evolve”, she says. This is the big question facing public service broadcasters in particular: “What happens when our current crop of 18-year-olds, who are not great collective viewers, except on rare occasions, become the majority?”