Dove’s advertising messages are not worthy of women 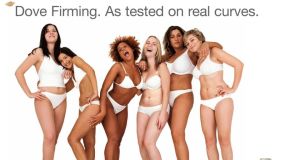 The marketing brains behind Unilever toiletries brand Dove appear to have a surfeit of professional pride, and possibly elevated self-esteem

Self-esteem can’t be purchased on a supermarket shelf, or even in a pharmacy, which is a problem for people debilitated by the fact that theirs is too low. It is almost certainly the case, however, that some of us have the opposite problem. Some people suffer from high self-esteem.

The marketing brains behind Unilever toiletries brand Dove appear to have a surfeit of professional pride, and possibly elevated self-esteem. It’s understandable – they have won more awards for their advertising than I’ve had bubble baths. So why is it that every time Dove launches a campaign, I reach for the Nivea instead?

Their latest wheeze, “Choose Beautiful”, is one of spate of ads by big brands to film real people reacting to something unexpected, with the experiment doubling as – yawn – the ad itself. Dove’s effort involved customising doorways in London, Delhi, San Francisco, Shanghai and Sao Paolo, with women in those cities invited to walk through a door labelled “average” or another signposted “beautiful” and then explain their choice.

The subtext of the finished work is that the women who dared to choose “average” must have made some kind of mistake. What were they thinking? At the very least, they must be beset with tedious false modesty or a harmful (not cultural) self-deprecation habit. They’re probably also candidates for body dysmorphia and/or a full-blown existential crisis. Clearly, they lack self-esteem.

Straight away, of course, the linking of female “empowerment” with beauty irritates. It’s hardly the only brand to do this though. Why is Dove particularly irksome? Perhaps it’s because the less clever-clever brands don’t overtly associate their products with self-esteem per se but with its cousin, confidence.

The two are often conflated but they are not the same. Self-esteem is how we assess our value in the world. Unlike L’Oréal’s parade of spokesmodels, so certain they are “worth it”, most of us regularly question whether we are worthy or worthwhile human beings. Confidence, meanwhile, is the belief in our ability to do a particular thing: speaking in public, scoring a goal, staying vertical at parties.

Consumer products are infinitely more likely to make us feel more confident than they are to raise our self-esteem. Lipstick, for example, won’t change anyone’s underlying sense of self-worth but it might serve as a confidence booster at parties.

What makes Dove really stand out, however, isn’t its over-reaching description of a past marketing push as a “self- esteem project”. It’s the extent to which it pretends to be on women’s side. It says it wants to redefine “real beauty” but it won’t say beauty doesn’t matter. It says it wants women to feel better about themselves but it reinforces the idea that we must regard ourselves as beautiful in order to do so.

Its campaign is replete with category errors. When was it was decided that “average” and “beautiful” are opposites, or even mutually exclusive concepts? Why wasn’t Dove’s second door marked – negative word alert – “ugly”? Why wasn’t the first door marked “above-average”? An average is somewhere in the middle of two extremes, so shouldn’t there have been three doors?

Dove’s point seems to be to say “Ha! You can’t all be average” to the majority of women who chose the “average” door. But according to Dove’s “real beauty” proposition, every woman is or can be beautiful, so it follows that being beautiful would also, logically, mean being average. Everybody would be averagely beautiful.

And what is wrong with being beautifully average anyway? Dove claimed the women had “an instinct to settle” for average. But at least some of those women must have been proud to make that choice. If that means they’re more prone to onedownmanship than they are to narcissism, then, hey, let’s be friends.

Dove won’t stand for it though. Like the man on the street who gives women he doesn’t know unsolicited orders to “smile!”, it is fond of what’s known as “mood policing”, as evidenced by the recent #SpeakBeautiful campaign in which it took to randomly pathologising female Twitter users.

“God I’m ugly today,” one girl tweeted, only to be told by @Dove: “If we #SpeakBeautiful, we can start to feel beautiful. Small changes can make big differences, Katie.” Another tweeted, “I hate my body so much man.” Cue @Dove: “We all struggle with self-confidence sometimes, Rachel. Focusing on something we love about ourselves can help.”

It’s the creepy corporate equivalent of “cheer up, love”. Forget the idea that having a bit of a mope is cathartic. In Dove’s world if you’re in a bad mood, or merely bored by your face, you must need help.

Why make election promises you know you can't afford to keep?