Plan to buy Sky Deutschland, Sky Italia would be a €10bn deal to realise Rupert’s ambition 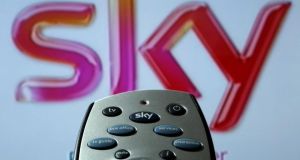 Britain’s largest pay-TV company BSkyB is in talks to buy Sky Deutschland and Sky Italia, a €10 billion deal that would realise Rupert Murdoch’s long-held ambition to combine his European TV interests in a single business.

The potential tie-up would create a broadcaster with 20 million subscribers and more clout to deal with growing competition from rivals such as BT in sport as well as online groups like Netflix in movies and blockbuster TV shows.

In 2010, Murdoch had already tried to take full control of BSkyB, the jewel in the crown of his European operations, widely seen as a precursor to integrating the three Sky businesses. But the bid was thwarted by the repercussions of a phone-hacking scandal involving his British tabloid News of the World in 2011.

Murdoch, whose 21st Century Fox is BSkyB’s biggest shareholder, has looked at various options over the years to consolidate his TV holdings in Europe.

British regulators would likely want to examine any deal that would result in Murdoch increasing his overall stake in BSkyB. A source close to the talks said the current thinking was that Murdoch would not raise his holding in BSkyB above 39 per cent as a result of a deal. Instead he could take cash to maintain his stake around that level in the combined company, analysts said.

BSkyB said talks were still preliminary and no agreement had been reached on terms, value or transaction structure.

“BSkyB believes at the right value, this combination would have the potential to create a world-class multinational pay TV group,” the group said in a statement on Monday.

21st Century Fox said the combination of the Sky-branded European satellite platforms in Britain, Germany and Italy had often been discussed internally. “From time to time these conversations have included BSkyB, however no agreement between the parties has ever been reached,” it said.

BSkyB also said it was not prepared to overpay for Sky Deutschland, noting that any potential agreement would be subject to the Sky Deutschland share price “continuing to trade on an undisturbed basis”.

Media reports have put the size of the deal at about €10 billion.

Analyst Alan Gould at Evercore said a deal would be positive for Fox, with the company likely to use an estimated $9 billion of cash proceeds from the deal for further share buybacks.

The tie-up would put the group near the front of the pack if sports rights, which are sold country by country, were in future available on a pan-European basis.

The combined company would have 57 per cent of its subscribers in Britain, 19 per cent in Germany and 24 per cent in Italy, analysts at Citi said. Britain would contribute 68 per cent of revenue and 89 per cent of group operating profit.

In terms of subscribers, the combined Sky groups would trail John Malone’s Liberty Global, which has about 25 million customers across 12 European countries.

Analysts at Investec said such a deal looked sensible in terms of scale but Italia/Deutschland were in weaker competitive positions, with lower margins and returns, versus BSkyB.

They said there were economies (of scale) in terms of pan-European deals, such as England’s Premier League soccer if it were sold on that basis eventually. A tie-up could protect the group in future against smaller regional competitors like BT and larger online rivals.

“(But) we question major cross-border TV synergies and note lower returns in Italy and Germany and weak competitive positions,” they said.

Barriers to a deal include the fact that fact that Sky Italia is yet to renew the Serie A soccer rights in Italy, which is a key part of its TV offering.

Swiss-based agency Infront is preparing a tender to sell TV rights on Italy’s Serie A matches in the next three seasons . The tender should be ready by Friday, two industry sources said.

When Mr Murdoch tried to take full ownership of BSkyB in 2010, fallout from the phone-hacking scandal resulted in British media watchdog Ofcom examining whether News Corp, as it was then called, was a suitable owner of a media company. It was later found to be suitable, but by then the political backlash over phone hacking had led it to abandon the bid.

With two of his former newspaper editors, Rebekah Brooks and Andy Coulson, on trial over phone hacking, the scandal has not faded from the headlines in Britain. They both deny the charges.

News Corp later split into two, with its media assets listed as 21st Century Fox and its publishing activities remaining in News Corp.

Analysts said the new proposal was not likely to be opposed by regulators either in Europe or Britain, because the combined Sky would not be a dominant European player, and there would be no change in Fox’s stake in BSkyB.

Now co-chief operating officer at Fox, he still wants to complete the task, telling investors last week: “We’ve made no secret of our belief over the years that we think the Sky’s are strong together. But that said, currently our focus is on operating each of those business as best we can.”