Agreement builds on global partnership with emphasis on Asia 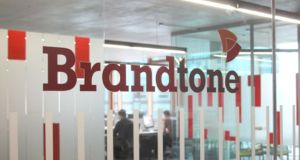 Brandtone chief executive Donald Fitzmaurice said the platform will help Unilever engage with customers in Thailand, Vietnam and the Philippines.

The deal, which builds on a global partnership between Brandtone and Unilever, will enable Brandtone to deploy its platform in Thailand, Vietnam and the Philippines.

“Any consumer irrespective of the phone they have will be able to engage with the Unilever campaign for free,” he said.

Mr Fitzmaurice, who is a finalist in the EY Entrepreneur of the Year competition, said Brandtone could not have predicted the scale of demand for mobile-first data-led marketing strategies when the company announced its expansion into Indonesia last year.

“The region is at a tipping point in terms embracing global brands, so it is the perfect time for our clients to use the power of mobile to build ongoing relationships with consumers.”

Unilever vice-president of media Rahul Welde said South East Asia is a hugely exciting market for the company’s brands as its consumers are increasingly open to technology-led innovations.

“It is the ideal environment for mobile engagement to flourish - allowing our brands to engage in long-term, one-to-one dialogue with millions of consumers at scale.”

Brandtone runs marketing campaigns for big brands including Unilever, PepsiCo and Heineken, asking consumers to give personal data, such as shopping habits, over their mobiles, in return for rewards.

In July of this year, Brandtone secured €18.5 million in a funding round led by Ares Capital with participation from returning backers Unilever, Syngenta, Verlinvest and Vision Private Equity.

The company raised $14 million in a series C round in January 2014 from Unilever Ventures and Syngenta Ventures.

1 How do you know if you are wealthy? (It’s not straightforward!)
2 High Court overturns permission for height increase in Dublin apartments
3 Galway development could transform skyline with 21-storey tower
4 The gadgets that can make travelling a bit more enjoyable
5 Big tech ‘procedural queries’ delay decision on first data fines – watchdog
6 Planning permission refused for major new office block in Galway city centre
7 Ardagh sees earnings growth slowing after solid 2019
8 How can I view my dead brother’s will if I’m not the executor?
9 Tyrone wind farm changes hands for £51m
10 ESB called out for ‘contributing to human rights violations’
Real news has value SUBSCRIBE