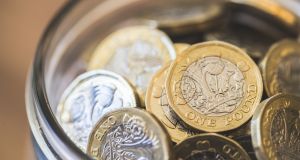 Sterling had gained on Tuesday on the back of reports that the EU was open to considering a time-limited Border backstop. Photograph: iStock

Sterling was weighed down on Wednesday by concerns that Boris Johnson’s proposal to replace the Border “backstop” will not seal an EU separation agreement. Mr Johnson is expected to disclose his final Brexit offer to the European Union later and to make clear that if Brussels does not engage with the proposal, Britain will not negotiate further and will leave on October 31st.

A senior British government official said: “The government is either going to be negotiating a new deal or working on no deal – nobody will work on delay.”

A report in the Telegraph newspaper on Tuesday said Mr Johnson was planning to propose leaving the North in large parts of the EU single market until at least 2025, but take it out of the EU customs union along with the rest of the UK. The proposal would be aimed at replacing the so-called backstop – an insurance policy to prevent the return of a hard Border – that has become the biggest hurdle to securing an agreement with Brussels.

The Tánaiste Simon Coveney said the reported proposal would not provide the basis for a deal, adding that the proposal was “concerning”.

The pound jumped above $1.23 on Tuesday on the back of reports that the EU was open to considering a time-limited Border backstop. The currency then gave up most of the gains when the EU denied the report. – Reuters