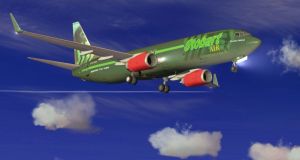 The IAA would not comment yesterday on whether there had been contacts with Stobart. In a statement it said that it is “in regular contact with all airlines concerning safety and security matters”.

Stobart Air, the airline which runs the Aer Lingus regional network, is believed to have been contacted by the Irish Aviation Authority (IAA), the industry regulator, about recent boardroom changes.

Industry sources say that the IAA, which licenses airlines to operate from Ireland, has expressed concerns to Stobart about relationships at senior management level in the airline and the need for a clear structure and accountability to the regulator. Stobart runs up to 680 flights a week to Britain, Ireland and France on behalf of Aer Lingus.

The IAA would not comment yesterday on whether there had been contacts with Stobart. In a statement it said that it is “in regular contact with all airlines concerning safety and security matters”.

The statement added: “As happens regularly, where takeovers or management changes occur, the IAA must be satisfied that transitions occur in a safe manner to ensure organisational effectiveness is maintained. Airlines regularly change management and the IAA maintains open dialogue with all parties in these cases to ensure that all parties understand the regulatory responsibility.”

The last week has seen the departure of former Stobart Air chairman Tim Jeans, a former senior executive at Ryanair and Monarch. Stobart Group chief executive Andrew Tinkler was appointed as chairman of the companies that operate the Irish airline.

The boardroom tensions appear to have arisen largely over who will control the airline’s future, following a signal from Invesco, the UK investment house which owns 40 per cent, that it wants to sell. Stobart Air chief executive Sean Brogan is understood to have sought to launch a management buyout and to have approached the board, then chaired by Mr Jeans.

Stobart Air operates the Aer Lingus regional network under a franchise deal which runs to 2022.