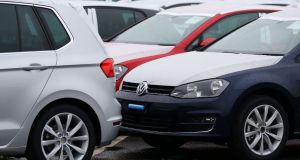 Volkswagen says 27,404 used imports in Ireland are also affected in the software scandal, along with nearly 80,000 cars sold through its Irish dealerships

Volkswagen Group Ireland has launched a website allowing owners to check if their cars are affected by the current scandal over software designed to cheat US emissions tests.

The website, campaigncheck.ie, is designed for Irish owners of diesel Volkswagen, Audi, Seat, Skoda and Volkswagen commercial vehicles to quickly check if their engine is one of those due to be refitted with engine management software. They can do so by simply entering the registration of the vehicle.

The site features a statement from VW Group Ireland managing director Lars Himmer where he explains what happens next. “In October, Volkswagen Group will present the relevant technical solutions and measures to the responsible authorities. Volkswagen has repeatedly stated that it will actively inform all the customers who are concerned and this continues to apply over the coming weeks and months.”

The scandal arose after it VW admitted that it had fitted “defeat device” software to cheat on US emissions tests for nitrogen oxide (NOx).

It has since emerged up to 11 million cars may have the software fitted, including nearly 80,000 cars sold in Ireland across all four of the firm’s brands. A further 30,000 privately imported used cars from the firm may also be on Irish roads and would also be due an engine software adjustment.

Volkswagen’s new chief executive warned on Tuesday that the financial impact from the company’s emissions cheating scandal would be more damaging than previously acknowledged, saying the company would delay or cancel planned new investments and might have to cut jobs.