Japanese firms struggle to retool for ‘internet of things’ 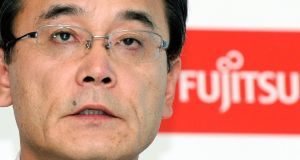 It may be difficult to recall now but in the late 1980s Japanese companies ruled the world of hi-tech gadgets. Sharp and Hitachi were household names. Panasonic and Sony sold a huge chunk of the planet’s video recorders, televisions and music players, and barged into Hollywood to snap up two of the crown jewels of American popular culture: Universal and Columbia movie studios. Popular magazines ran covers showing giant sumo wrestlers stomping through the citadels of Western capitalism.

Today it is Apple, Google and Samsung that are the rock stars of global technology. This week Apple plans to unveil its vision of the smart home, all part of its aim to take leadership in the “Internet of Things”.

In Japan the story seems far from rosy. Sony’s electronic business been bleeding money for years and has just posted a $1.26 billion (€946 million) loss with a warning it will stay in the red until at least next March. Much of Sony’s revenue these days comes from life insurance and the Spiderman movies. Panasonic has partly reversed its declining fortunes by switching emphasis away from TVs and other consumer goods. Hitachi and other companies have followed suit. Analysts have been debating for years what went wrong for Japan. A key factor clearly was the digital revolution, which made producing consumer electronics easier and cheaper for hungrier rivals. Unable to compete on cost, Japanese companies ceded to South Korea, Taiwan and China. A huge chunk of the world’s smart phones, which Japan might have been expected to make, for example, are now cheaply assembled elsewhere in Asia to run on Google’s Android software.

Most analysts agree too that Japanese management was slow to recognise the importance of software. “Japan focused on making things and if the only value proposition is that you make things, then the main competition comes from China and Korea,” says Dr Joseph Reger, the chief technology officer of Fujitsu Technology Solutions. “The software comes from the US.”

Another serious long-term issue is Japan’s lack of financial support for start-ups and innovators. Japanese capitalism channels investment and research funds to the country’s large corporations, making the emergence of a Google or Facebook more difficult.

Japanese corporations often focus on maintaining domestic market share at the expense of the rest of the world, says Tim Hornyak, tech specialist and author of Loving the Machine: The Art and Science of Japanese Robots. “These companies have created technology that is very advanced but tends to get bogged down locally.”

As Horynak and many others are quick to point out, however, the death of Japanese hi-tech has been exaggerated. Look under the hood of smartphones and tablet computers and much of what you’ll find is made in Japan. Sony, for example, supplies camera technology to the Apple iPhone and Sharp Inc produces those pin-sharp LCD screens. Apple neither makes the phone’s parts not assembles them – but it takes the largest share of the retail price for software development, research, marketing and packaging.

The key issue for Japan’s faltering tech giants, says Fujitsu president Masami Yamamoto is how to create more value in this increasingly connected world. “Unfortunately over the last 10 years many companies, including us, failed to realise that the shift to internet connectivity was occurring,” he says. “But I still think there are plenty of opportunities for Japanese companies.”

Fujitsu is among several Japanese technology firms now scrambling to capitalise on what Yamamoto calls the “hyper-connected era,” where “30 billion” items from watches to cars will be linked to the web by the end of the decade.

Reger, the company’s tech guru, told a forum in Tokyo this month this era would trigger nothing less than a new industrial revolution, when information technology will penetrate into all aspects of modern life.

The voguish term used by the technology sector to describe this phenomenon is the “internet of things,” a world where we will be surrounded by web-connected devices. Just as computers have gone from hulking mainframes to smartphones, analysts see them now shrinking and morphing into devices worn on the wrist, attached to the eyes or even, says Reger, inside the body. “We will be swallowing capsules that identify health problems and release medicine,” he predicts.

Given the enormous sales projected in this market, it is much too early to write off Japanese technology companies, or to suggest that, like IBM, they may abandon hardware altogether, says Hornyak. “Hardware is hardly dead,” he says. “In fact, we have seen a renaissance – smartphones, tablets, now wearable devices. Japanese companies are getting deals in things we hardly ever see. It’s just their consumer brand ranking has dropped.”

Yamamoto is quick to accept, however, that forecasting what comes next in this market will be difficult for everyone, let alone Japan’s slow-moving tech behemoths. “I cannot predict what the opportunities will be. It is expanding so fast there will be tens of thousands of solutions.”

Fujitsu’s strategy is to keep a strong hardware base, he insists, including mainframe computers and servers, while also retooling as a software and services firm.

Here too, however, new forms of competition loom. One of the most “threatening”, Yamamoto admitted, is the move toward online services that need no software or installation and instead rely on internet connections to access or interact with data stored on a distant server. Microsoft, Amazon and Google are among the growing number of firms offering these cloud-based services – and they’re increasingly honing in on the sort of large business customers that have until now bought hardware and backup from companies like Fujitsu.

Navigating the hyper-connected world will also require another skill Japanese companies have traditionally lacked: the ability to relinquish control from the centre. Instead of focusing management at home, truly global companies must delegate, accepts Reger. “Global success is only possible if the governance is global,” he says. “The challenge for all Japanese companies is to make use of global talent.”

Evidence suggests that Nissan, Toyota and other Japanese giants get it. Fujitsu too has just added three outside directors to its board.

Can Japan bounce back? In addition to the technological and governance issues its corporations must somehow negotiate, souring ties with its Asian neighbours don’t help, accepts Yamamoto.

But Fujitsu is bullish about the future. “The internet of things is not a pure software play,” says Reger. “It’s a chain of things that need to work. It’s a lot of sensors, computing, supercomputing, software – the entire value train.

“The two major economies in the world that are very much tied to this old world of production are Germany and Japan. The opportunities are tremendous.”