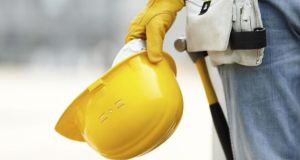 A ‘Start Your Own Business Scheme’ for people who have been unemployed for 15 months or more and a tax break for home renovations are included in a range of Budget measures announced today.

A two-year tax break for unemployed people who start their own business has been welcomed as the boost that might reignite the almost stagnant construction industry.

The ‘Start Your Own Business Scheme’ announced in today’s Budget will provide a two-year exemption on income tax for people who have been unemployed for 15 months or more and start-up a new unincorporated business.

The scheme is expected to be fuelled by a Home Renovation Initiative (HRI) also announced today, which will incentivise domestic renovations and increase demand for small construction jobs. HRI will provide an income tax credit of 13.5 per cent for homeowners on home improvement expenditure of between €5,000 and €35,000.

The scheme will only apply to registered builders with a tax clearance certificates, in a move to address ongoing Government concerns about black economy operators.

Welcoming the measures, Construction Industry Federation director general Tom Parlon said: “The foundations for the recovery of our industry has been set in this Budget and this will help bring extra confidence, extra activity and most importantly, more construction jobs to our sector.”

Despite a strong lobbying campaign for the introduction of a special VAT rate for new housing, it didn’t happen, losing out instead to the hospitality sector which held on to its 9 per cent VAT rate introduced last year. Marian Finnegan, chief economist at Sherry FitzGerald Group said the decision not to reduce VAT on the purchase of new homes was a missed opportunity. “Such an initiative would have been beneficial in a market suffering a dearth of supply and rising house prices.”

Minister for Public Expenditure Brendan Howlin announced a public sector stimulus of €10 million in funding for unfinished housing estates, and €30 million for the State’s house-building programme.

Micheál O’Connor, president of the Society of Chartered Surveyors Ireland said: “It’s not a huge investment, though it’s to be welcomed. The public capital spending programme would be more of a concern, the Minister mentioned it’s on track, but we’d like the Government to ensure it hits its spending targets as this hasn’t been achieved in recent years.”

Half of the proceeds from the sale of the State lottery license have been earmarked for capital spending projects. The construction sector at local level will directly benefit from a €200 million allocationthat includes funding for road maintenance and repair works, a new national indoor training arena, a better energy programme and housing adaptation grants.

The extension of the seven year Capital Gains Tax waiver for buyers of investment properties to the end of 2014 was greeted with widespread relief. Last year’s announcement boosted investor confidence and was directly linked to increased property sales. The move may also tackle spiralling residential rental inflation - currently a serious problem in the capital. John McCartney, head of research at Savills, anticipates that the CGT extension coupled with the increased Dirt tax rate announced elsewhere will drive cash-rich investors back into the property market.

The decision to extend the Living Cities scheme to Cork, Dublin, Galway and Kilkenny - pending EU approval - will provide incentives for the purchase and renovation of inner city buildings constructed pre-1915 in an effort to regenerate urban areas. Under the plan, home buyers and commercial property owners can apply for tax relief on the refurbishment of historic buildings.

Foreign inward investment in property was incentivised through the addition of Real Estate Investment Trusts (REITs) to the range of qualifying investment options under the Immigrant Investor Programme. The programme is designed to attract and encourage successful business people and entrepreneurs to invest in and ultimately relocate to these shores. The retention of the 12.5 per cent corporate tax rate and the R&D tax credit increase to 15 per cent bolster Ireland’s relative attractiveness for foreign direct investment.

The announcement of Nama’s approval of €2 billion worth of investment in the Republic between 2011 and 2015 to include the building of 4,500 new houses and apartments in Dublin, though a welcome initiative, had been announced prior to the Budget.