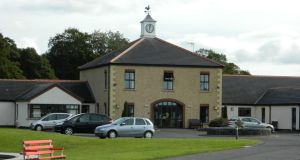 A total of 100 jobs are to be created atthe Cornfield Care Centre in Limavady, Co Derry.

A husband and wife business team plan to create 100 jobs in Limavady with the opening a new £3.4 million care unit.

Jervis and Jennifer Nutt, the owners and managers of the Cornfield Care Centre in Limavady Co Derry, have added a 52 bed unit to the facility which specialises in providing specialist care for elderly patients.

The centre, which was first opened in 1999 by Mr Nutt, a local businessman who has also farmed in Limavady for 28 years, currently employs 120 people.

The latest investment by the Nutt family in the purpose-built care centre will now make them one of the largest employers in the area.

Mr Nutt said the support of his bank, AIB-owned First Trust, had been “invaluable” in helping to finance expansion.

“We look forward to opening our doors and welcoming new residents to the centre in the coming weeks,” he said.

Meanwhile another family-owned business based in Portadown, Co Armagh, intends to invest £1.4 million in an Invest NI-backed expansion which will create 22 jobs.

The Deluxe Group, which provides high-end fit out and bespoke joinery services for the hospitality, leisure and residential markets said it has experienced a growing demand for its particular skills.

Colm O’Farrell, the group’s managing director said the company hopes to grow its sales outside of Northern Ireland and intends to expand its production facilities and recruit more people to do this.