Drug company not being ‘singled out’ in dispute over tax assessment, High Court told 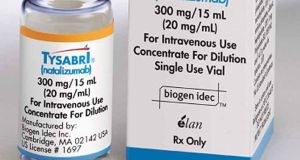 Drug company Perrigo is not a “sacrificial victim” of the Revenue Commissioners arising from a €1.6 billion tax assessment, and it has not been singled out for unique treatment, the Revenue’s lawyers have told the High Court.

The Revenue also disputed claims that the death in 2005 of Elan chief executive Donal Geaney and non-availability of documents mean that Perrigo, which bought Elan in 2013, cannot get a fair hearing of its separate appeal before a Tax Appeals Commissioner (TAC) over the 2018 assessment.

Irish-headquartered Perrigo, in proceedings being heard via video link by Mr Justice Denis McDonald, wants the High Court to quash the assessment.

Among various claims, it argues the tax treatment of Elan’s sales of intellectual property (IP) rights to medicines over some two decades meant Revenue was not entitled to raise that assessment in 2018 and that Perrigo had a legitimate expectation it would not do so.

In opening arguments on Thursday opposing Perrigo’s case, Paul O’Higgins SC, for Revenue, disputed any such legitimate expectation and rejected claims the 2018 assessment was unfair or unjust.

Perrigo is not a “sacrificial victim” of Revenue and it was “unstateable” for it to argue it had been singled out by Revenue for unfairness and that its treatment was unique, he said.

Revenue maintains Perrigo owes the €1.64 billion because of its purchase of Elan in 2013 and the sale by Elan eight months previously of its multiple sclerosis drug, Tysabri, to Biogen, its partner in the drug’s development.

Perrigo bought Elan in 2013 by way of corporate inversion, where foreign companies reversed themselves into Irish businesses to secure an Irish domicile and lower corporate tax rate.

Perrigo treated it as tradable income in its Irish tax return, subject to a 12.5 per cent tax rate, and maintains this is consistent with how Elan reported the purchase and sale of IP rights to medicines over years.

On Thursday, Mr O’Higgins said Perrigo had argued it could not get a fair hearing of its appeal before the tax appeals commissioner over the €1.6 billion assessment for reasons including the 2005 death of Mr Geaney – who was CEO of Elan from 1995 – and the unavailability of documents concerning tax issues dating back some years.

It had not been suggested what Mr Geaney might have been able to say about the tax issues and there was also insufficient detail concerning the documents issue, he said.

Perrigo was relying, in its legitimate expectation argument, on a Shannon Free Trade Area tax certificate, issued in 2002 to Elan and backdated to 1997, which expired in 2005, he outlined.

It also relied, inter alia, on a subsequent tax briefing by Revenue, that Revenue had not queried the applicant’s tax returns and not issued any other amended assessment before the disputed 2018 assessment.

None of this amounted to a legitimate expectation that Revenue, which is obliged to abide by tax law, would not raise the disputed assessment, counsel said.

The Shannon tax certificate regime was about attracting inward investment into that region and had no force after 2005, he said.

It was “entirely inconceivable” the Oireachtas “would have permitted a coach and horses to be driven through all understanding of what constitutes trading in law” and the certificate “purported to do no such thing”.

Under the Shannon regime, trade in the Shannon area which the Minister for Industry considered to be beneficial could be certified for the lower tax rate on trading operations and that was what the certificate did, he said. It could never have given rise to the expectation Perrigo argued for, he said.

Elan sought the certificate in 1996 and there was no mention at any point in the process about disposal of IP, he added.

The Revenue does not have discretion when it comes to tax law, he said. Once it had concluded the Tysabri transaction was a capital transaction, it had no discretion to decide not to seek to collect that tax.

Addressing Perrigo’s argument that, had it been aware earlier of the Revenue view on taxation of IP disposals, the Tysabri transaction could have been differently structured as a licensing one with a 12.5 per cent tax rate, he said, if the Tysabri transaction disposed of 99 per cent of the business, a question arose whether a licence structure would amount to a capital disposition.

In other submissions, Mr O’Higgins disputed that Perrigo’s understanding that IP sales are trading income is widely shared by the broader corporate tax community.

The evidence from Perrigo in that regard was along the lines: “Dúirt bean liom go ndúirt bean léi”, he said. Addressing non-Irish speaking observers of the court hearing, including some in the US, counsel said that effectively meant “hearsay”.