Pharmacyclics executives to share $4bn after sale of company 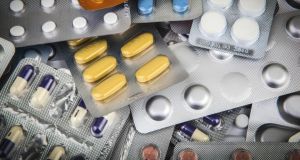 Executives and directors at Pharmacyclics are to share almost $4 billion from the sale of the company for $21 billion to AbbVie, which won a three- way bidding war for the Californian biotech group this month.

Robert Duggan, Pharmacyclics chief executive, is in line to receive the lion’s share of the payout – about $3.55 – billion for his 18 per cent stake, while Mahkam Zanganeh, chief operating officer, will pocket $225 million for her shares and options.

Nine other executives and directors will get an average payout of $23 million each, according to a securities filing.

The sale will crystallise a return of more than 70-fold for Mr Duggan, who amassed much of his stake in 2009 when the company was in difficulties and its share price was languishing at about $1.

In total, five companies approached Pharmacyclics about taking over the group, which makes just one drug – the cancer treatment Imbruvica – providing fresh evidence for those who fear big pharma is paying too much for biotech groups. – Copyright The Financial Times Limited 2015