Memorandum of understanding could pave way for free GP care 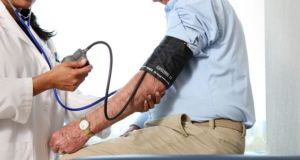 The new memorandum of understanding says the substantive negotiations on the new GP contract will commence no later than March 31st, 2015.

The Government has reached a deal with doctors that could facilitate a breakthrough in its plans to introduce free GP care.

The Department of Health and the Irish Medical Organisation (IMO) have signed a memorandum of understanding providing for negotiations on a new overall contract between family doctors and the State.

Some of the cuts in GPs’ fees and allowances put in place since 2009 under financial emergency legislation are expected to be reversed as part of the new process.

Talks on the first phase of the rolling out of free GP care, covering children under the age of 6, are continuing between the department and the IMO. The parties will come under pressure to have these concluded by March 31st because the new memorandum of understanding anticipates talks on an overall GP contract beginning by that date.

It is unlikely the Government would permit any such negotiations to commence unless the under-6s issue has been concluded.

It is understood, in addition to general medical care, any under-6s contract would involve GPs taking part in a “cycle of care” programme for children with asthma and carrying out two checks over a six-year period on a child’s weight and height.

It is believed many elements of a controversial draft contract drawn up by the Health Service Executive last year, including provisions for performance reviews and “gagging” clauses, have been dropped.

However, there has been no agreement so far on the appropriate fee level for GPs providing care for children under-6s.

The new memorandum of understanding says any deal on free GP care for under-6s would only be in place for an interim period – probably for just over a year – pending “the completion of the more extensive overall GP contract process”.

The memorandum says the outline scope of negotiations on an overall GP contract would include approaches “to strengthen the capacity of general practice, including manpower, so as to allow it to fulfil its potential as a key component in the overall healthcare system”.

The negotiations would cover the scope of services to patients, enhanced structured services for chronic healthcare management and the development of diagnostic, minor injury and other services.

Previous attempts to draw up a revised contract between the State and GPs to replace those in place since 1972 and 1989 were hampered by a lengthy row over whether the IMO could negotiate on behalf of GP members. GPs are independent contractors, not State employees, and under competition rules they should compete with each other.

A framework deal reached last year allows doctors’ trade union rights to engage with the Minster for Health on the scope and content of any changes proposed to the State’s publicly funded general practice schemes. The IMO can engage with the Minister in relation to the resources being provided for such developments as well as the fees that would apply.

The IMO can also express its opinions to members on the outcome of any such talks. However, it cannot make a recommendation to members on the issue and must advise them that they have to make up their minds individually and not collectively.

Under the framework agreement, the IMO cannot organise a collective response by GPs such as withdrawal of services or boycotts of schemes.

Another organisation representing GPs, the National Association of General Practitioners, has urged its members not to sign up to any proposals for the provision of free care to under-6s.