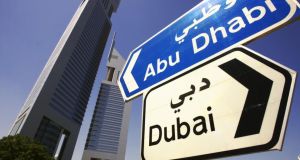 Abu Dhabi intends to set itself up as a new hub for wealth management, with the head of its nascent international financial centre declaring Switzerland’s old model of private bank secrecy to be “dead”. (Photograph: Sam Robinson/Digital Vision /Getty)

Abu Dhabi intends to set itself up as a new hub for wealth management, with the head of its nascent international financial centre declaring Switzerland’s old model of private bank secrecy to be “dead”.

Abu Dhabi Global Markets is an expression of world ambition, intended to elevate the oil-and-gas-rich emirate to the tables of the most influential global institutions, such as the Basel Committee on Banking Supervision and the Group of 20 Nations, using Singapore rather than Switzerland as its model, its chairman told the Financial Times.

“Innovation is coming from this new, emerging market. This is why Asian financial centres are sitting on Basel committees and legislating for the west, because they didn’t make one mistake in 15 years,” Ahmed Ali al-Sayegh said in London as he set out ADGM’s stall to banks. “We have a similar ambition.”

His comments come as the centre of gravity of such institutions has shifted palpably from west to east, and as Asia is developing its own bodies to rival those in the west, such as the China-led Asian Infrastructure Investment Bank.

ADGM, which will have its own regulator and courts based on English common law, is an attempt to diversify the UAE capital’s economy. Its heavy-hitting sovereign wealth funds, the Abu Dhabi Investment Authority and Mubadala, will both be based in the free zone, built on al-Marya island in the capital.

That has worried some in neighbouring Dubai, whose own International Financial Centre opened a decade ago, attracting the world’s biggest banks and law firms.

Mr Sayegh and his team, which includes Sir Hector Sants, the former head of the UK’s financial watchdog, are adamant that there is room for two financial centres within two hours’ drive of each other, stressing that not only will Abu Dhabi focus specific areas such as wealth management but also that nearby centres can complement each other.

“When there was the rise in Singapore there was concern that you’ll take away market share from Hong Kong; that has not taken place,” said Richard Teng, the former regulatory head of the Singapore Exchange who will lead ADGM’s regulator.

Mr Teng’s appointment last year was one implicit demonstration that Singapore was ADGM’s model. That is now explicit.

Switzerland has “got a dead model”, Mr Sayegh said, in reference to the country’s banking secrecy. “The Singaporeans have signed up to a very transparent deal with the world. You are not very smart if you choose to copy a dead model.”

The new pretender to the crown of wealth management comes as the incumbent, Switzerland, has suffered repeated reputational setbacks over the past few years. Most recently, leaked information about the clients of HSBC’s Swiss private bank, dating back a decade, heaped embarrassment on the UK lender as well as on Switzerland as a financial centre. The bank was accused of aiding illegal tax evasion as well as facilitating legal avoidance.

At the same time, court documents in a graft scandal involving Brazilian energy giant Petrobras suggested that as much as $100m in bribes had been routed through several Swiss banks.

The banks, mainly based in Geneva, have also been hit by a series of tax rows with authorities around the world. The US in particular has rounded on Swiss banks for helping American citizens dodge global tax obligations. The sector’s once cherished reputation as discrete and tax-efficient wealth managers has been badly hurt, although the banks insist they remain respected as financially robust institutions.

“There is a fundamental change in terms of how global wealth management services are being delivered,” Sir Hector said. “People are having their wealth managed where they personally are: obviously, Abu Dhabi and the Gulf have a lot of natural wealth.– Copyright The Financial Times Limited