IMHO calls for scheme to help borrowers in arrears 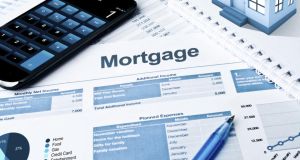 The Irish Mortgage Holders’ Organisation wants the Government to introduce a State-sponsored split mortgage that would allow local authorities to supplement the payments made by home owners in loan arrears and in danger of having their properties repossessed.

It also wants a mortgage-to-lease scheme to replace the mortgage-to-rent one that has failed to gain traction and it has proposed changes to the insolvency regime.

These reforms were proposed by the IMHO to Government in a six-page submission dated April 3rd, which has been seen by The Irish Times. They are designed to prevent up to 25,000 repossessions by Irish banks in coming years.

On the State-sponsored split mortgage, the IMHO cited the case of a couple with two children, living in Kildare, with a €200,000 mortgage on a property now valued at €120,000. Their mortgage payments are €1,000 a month.

The mortgage would be split into two tranches: €140,000 attracting capital and interest repayments of €750 a month, and the balance parked at zero interest.

The €750 would be funded through a payment by the couple of €300 and €450 from Kildare County Council, which would receive a second charge on the property for the value of the €60,000 tranche of the loan that has been parked.

“This is less than what Kildare County Council would have to pay [€925 per month] if it were liable for rent supplement,” the IMHO said.

It recommended payment by the council be made directly to the bank, giving it certainty of cash flows. It also suggests an expedited repossession process through the courts in the event the couple did not meet their portion of the payments.

The IMHO also calls for the introduction of a mortgage-to-lease scheme. This would involve setting up a special purpose vehicle called BankLease that would purchase non-performing loans from the bank at a discount.

Ownership of the properties would transfer to BankLease via voluntary surrender or repossessions. BankLease would require €500-€750 million which, the IMHO said, could come from either a bank or an investor, or “be Government-owned”.

BankLease’s income would be an “availability payment from the Department of the Environment”. This would not be based on market rent but reduced to reflect the discounted value at which the homes were acquired. The IMHO said this payment could be made through an Approved Housing Board (AHB), which would manage the properties. The former owners would become tenants of the AHB.

The mortgage would have to be “unsustainable” with “no realistic possibility of the mortgagee making significant repayments in the future”.

The IMHO calls for the voting thresholds to be changed, arguing they are a “drag” on conclusions. David Hall, a founder of the IMHO and co-author of the submission, said repossessions would “still” amount to about 10,000 with these reforms: “Radical thinking is required.”

The submission said the insolvency system has been a “disaster” while the mortgage-to-rent programme has been “strangled” by the Department of the Environment. Bankruptcy reforms have “not proven sufficient to bring banks to the table”.

The Government is examining insolvency and bankruptcy regimes and is expected to announce changes next week.