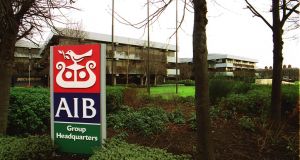 A rebound in the profitability of Irish banks in the past five years may ultimately attract new entrants to the market, according to a note published by a Central Bank of Ireland economist.

Irish banking profitability – measured most broadly as return on average assets (RoAA) – has been much more volatile than the wider European sector, according to the note, written by Ciaran Nevin, of the Central Bank’s financial stability division.

The RoAA of the three surviving Irish banks bailed out by the State – AIB, Bank of Ireland and Permanent TSB – has rebounded from about minus 2.5 per cent in 2010 to 0.7 per cent last year, whereas the measure for a sample of 39 euro-area banks has remained broadly unchanged at about 0.4 per cent, according to a chart published in the note.

The Irish banks’ net interest margin – the difference between the average rate at which banks fund themselves and lend on to customers – has surged from 0.87 per cent in 2012 to 2.08 per cent last year. The margin has dipped marginally across the euro-area banks over the same period to about 1.2 per cent, according to the note.

“The profitability of the Irish banks has varied greatly over the past 15 years, and particularly since the onset of the crisis,” said Mr Nevin, noting that this has mostly been down to banks setting aside large provisions for bad loans during the crisis and freeing up some of these reserves more recently as the economy recovered.

“The retail banking sector in Ireland became much more concentrated during the crisis and remains so,” said Mr Nevin. “More market power allows for wider margins – greater profits. These conditions may attract market entrants in the future and increased competition may place downward pressure on margins, but this remains to be seen.”

The economist added that banks may be forced to look at ways to cut their costs if their margins came under pressure amid greater competition.

Mr Draghi told members of the Oireachtas finance committee two weeks ago that greater European financial integration, through the completion of the banking union and capital markets union, could also bring in new entrants and create a level playing field.

The average standard variable rate for new mortgages in the State stood at 3.08 per cent in September, compared with 1.76 per cent across the euro area, according to Central Bank data.