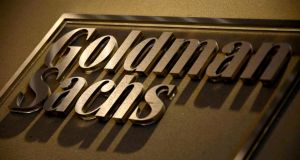 With 84 promotions, this year’s round of Goldman Sachs partner promotions is bigger than the 78 of 2014, the last time the firm did promotions. Photograph: David Gray/Reuters

Goldman Sachs has promoted a record number of women to its elite club of partners, as the Wall Street bank – squeezed by tougher regulations since the crisis – tries to make a career there more enticing.

Partnership at Goldman is the ultimate prize, a reward for years of dedicated service. New hires rise through the ranks of analyst, associate, vice-president and managing director before being considered for the top role.

With 84 promotions, this year’s class – announced on Wednesday – is bigger than the 78 of 2014, the last time the firm did promotions. Nineteen of them are women, the highest proportion in the history of the bank.

Goldman also promoted eight people from non-revenue producing departments, including legal and compliance, up from none two years ago.

The new crop of partners has been whittled down since July in a vetting process known as “cross-ruffing” - a term borrowed from the card game bridge.

Typically a team of current partners is deployed to every division to talk to the candidates’ close colleagues. Senior partners then review a list of names; successful candidates were called yesterday morning by chief executive Lloyd Blankfein or chief operating officer Gary Cohn.

Like most of the big Wall Street banks, Goldman has had a tougher time making money in recent years, as new regulations have curbed risk-taking and as gun-shy clients have sat on their hands rather than do deals or put on trades.

That has weighed on average pay per employee, which has roughly halved over the past 10 years.

In the three months to September the bank achieved its first double-digit return on equity of the past six quarters, thanks to more lively capital markets, but analysts still expect the bank to produce a single-digit ROE this year and next.

This year’s round of promotions was good news for people in non-revenue producing departments, which Goldman calls “the federation”.

This year there are three from legal and five from compliance in a nod to the tighter regulatory environment since the financial crisis. Recruiters said the process included a complex system of internal favours that meant that many strong candidates ended up disappointed.

“In any bank to get to the top you have to have the right people in your corner,” one said. “At Goldman it is the same, they have to be uber-powerful and senior. If you are Lloyd Blankfein and you like Joe, an upcoming MD, it’s a stronger vote of confidence” than from a less senior executive. – (Copyright The Financial Times Limited 2016)